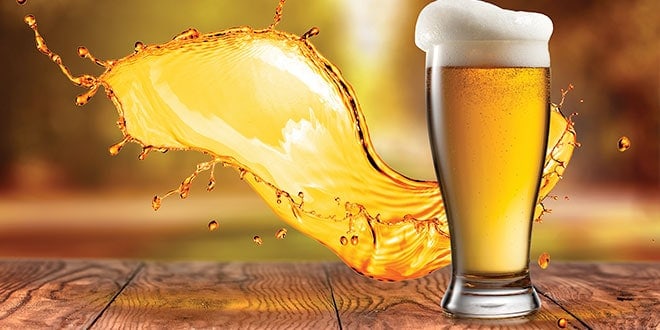 Beer is one of America’s favorite go-to beverages. Whether it’s a hot or cold day, a good beer always sits well on a relaxing day. According to Nielsen, beer is the most widely consumed alcoholic beverage around the world.

The craft beer movement has been at the top of the game for a while, showing a significant rise between 2013 and 2014 with a 19.4 percent increase in the opening of craft breweries.

Lately, beer drinkers have become more adventurous, craving new experiences and have recently caught on to the trend of seasonal beer.

For the summer season and hot weather, consumers desired a cold, delicious refreshment to cool down with. What would go better with a family barbecue or an outside get-together with friends than beer? In fact, two of summer’s biggest holidays, Memorial Day and 4th of July, were centered around celebrating with a cold drink in hand.

Last year, within the on-premise channel, domestic super premium and domestic premium beer sold 40% and 39% of their annual dollars throughout the summer, with close to 8% of sales for both taking place the four-week period during the Fourth of July 2017, according to Nielsen.

During the two weeks around the 4th of July 2017, domestic premium beer saw $648 million in sales in off-premise channels, the most of any variety.

With summer ending and the breezy, fresher air of autumn arriving, we see beer drinkers shift in their choices. Summer seemed to be about fruity, lighter beers, whereas fall focuses on darker, stronger and more complex beers. The flavors of Thanksgiving and autumnal spices play big influence in fall beverages.

According to pourmybeer.com, a self-serve beer system company, some of the popular beers for autumn include pumpkin flavor, maple flavor, amber, belgian and Oktoberfest, which are typically heavier brews offered by breweries based on the annual Oktoberfest festival.

The pumpkin flavored beer comes as no surprise as autumn is known for turning products into pumpkin-flavored everything.

Maple flavored beverages also saw a sales increase during the fall of 2017 by 25.6%.

According to Nielsen, Americans have spent more than $3 million on pumpkin-flavored craft beer in each of the summers between 2014 and 2017, showing that the popularity of pumpkin craft beer is not only limited to fall.

Seasonal beer is a growing trend and regardless of the weather, brand or flavor, one thing that’s for sure is that consumers’ love beer.