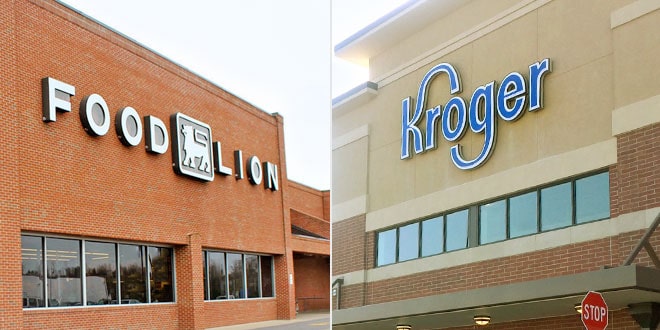 A surprising rise in the price of Kroger shares was made earlier this week as new rumors surfaced that there could be a merger of the supermarket giant with international retailer Ahold Delhaize.

The rumor gained attention after it was mentioned in an analyst report out of Europe by Berstein supermarket analyst Bruno Monteyne and reported on in the U.S. Tuesday by the Cincinnati Business Courier. According to the Cincinnati Business Courier, Monteyne wrote in a new report that, “Bloomberg reported that Twitter speculation referenced Ahold reportedly has hired advisers to look into a possible bid for Kroger at $32 a share.”

Monteyne wrote in his report that any agreement would be of two equal companies and that the $32 per share would likely be referring to what the combined companies’ value would be after a merger.

“Ahold-Kroger…would be the leading player in this unconsolidated market and would have fantastic firepower to compete as the No. 1 player in the U.S. food and grocery market,” wrote Monteyne.

According to the Cincinnati Business Courier, Kroger shares increased by 4% on Tuesday afternoon and Stock prices rose as high as $20.73.

According to Supermarket News, analysists suggest that Kroger and Ahold could look to one another to gain additional scale as they fight Walmart and the potential of a competitive hit from Amazon, which now controls Whole Foods. As a combined and larger business, the companies would gain floor in purchasing power and would save money by combining headquarters, management and logistics.

Regionally, consumers give top marks to Publix and Walmart in America’s South, to Hy-Vee and Meijer in the Midwest, and to Costco (COST) and Trader Joe’s in the West. In the Northeast, Wegmans and Trader Joe’s remain at the top. However, nowhere in the country are there any supermarket chains owned by Ahold or Delhaize that rank in the top three. The merge with Kroger could help Ahold Delhaize gain a larger audience.

According to Supermarket News, an industry source told them last week that Kroger and Ahold “should be sprinting toward each other with open arms.”