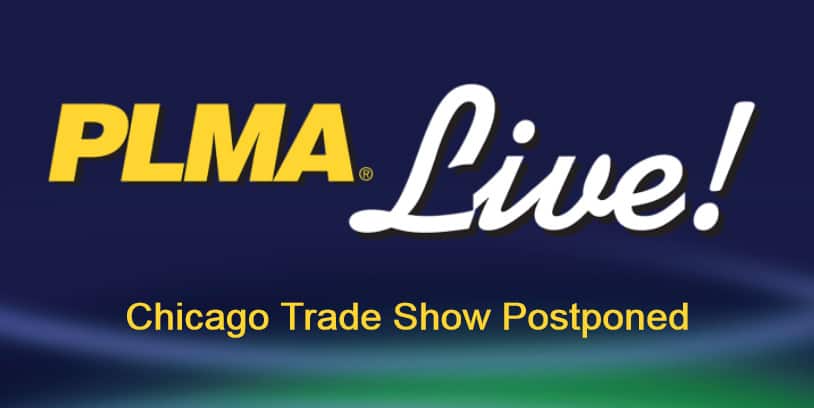 The Private Label Manufacturers Association (PLMA) announced the decision to postpone its trade show initially scheduled to be held November 14-16 in Chicago.

According to the association, due to the recent increase in COVID infections from the Delta variant, organizers determined to move the trade show to late January 2022.

“PLMA recognizes the tremendous value of making in-person connections; we were especially looking forward to hosting our first in-person U.S. trade show since 2019 just a few weeks from now. As we know, the Delta variant came along and changed almost everyone’s plans,” said Peggie S. Davies, PLMA President, said in a message to members and trade show participants.

“As a result, PLMA is postponing our annual Private Label Trade Show to January 30-February 1, 2022. Originally scheduled for November 14-16, the Show will still be held at the Chicago Donald E. Stephens Convention Center. I assure you that the association will do everything in its power to ensure we provide the best event possible for all trade show participants. As plans develop, we will be updating you on what you can expect,” added Davies.

By the start of the new year, PLMA expects that significant nationwide progress toward normalcy will be evident, borders will be open, and corporate travel will resume. This progress will enable PLMA members, exhibitors, and visitors to feel safe to travel to attend large-scale, B2B indoor events like the Private Label Trade Show.

Overall, more than 1,000 exhibitors and over 5,000 visitors are expected at the Show. The in-person event will feature expanded participation by foodservice suppliers across all food, nonfood and beverage categories.

According to PLMA vice president Anthony Aloia, as pandemic levels drop again, all signs point to further growth and success of private label in food service.

“Consumers have become accustomed to finding freshly made restaurant-style dishes in supermarkets, whether prepared by the bakery, deli, and butcher departments or brought in from a ghost kitchen or commissary, sold at very reasonable prices under the retailer’s own brands,” Aloia said.

The Private Label Manufacturers Association is a non-profit organization founded in 1979 to promote store brands. It is the only trade group of its kind, representing 4,500 member companies in more than 75 countries.