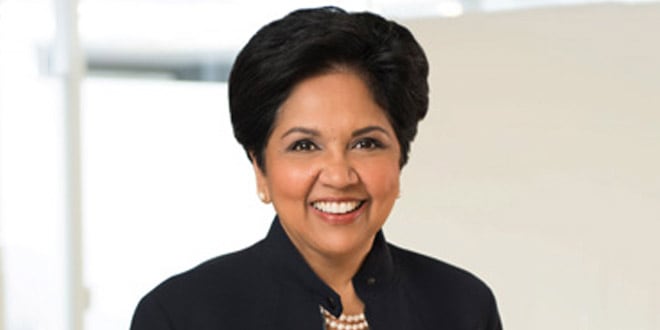 PepsiCo CEO Indra Nooyi will step down from her position as Chief Executive Officer after 24 years with the company and 12 years as CEO.

She will pass the position on to President Ramon Laguarta, 54, who will succeed Nooyi, 62, on October 3. She will remain chairman until early 2019.

“Ramon Laguarta is exactly the right person to build on our success. He is a terrific executive with a long and proven track record of growing businesses. He has a deep understanding of the changing preferences of consumers and other critical trends unfolding around the world, and he has demonstrated that he knows how to navigate them successfully. Ramon has been a critical partner in running the company, and I’m confident he will take PepsiCo to new and greater heights in the years to come,” Nooyi said in a statement.

Since Nooyi began her leadership, net revenue at the company has grown from $35 billion in 2006 to $63.5 billion in 2017, according to PepsiCo. She helped generate a shareholder return of 162% since December 2006 through December 2017.

Nooyi has positioned PepsiCo as a dominant player in the snack and beverage section during her years with the company. The beverage company has expanded into health trends with new acquisitions, such as purchasing companies like Bare Foods, maker of baked fruit and vegetable snacks, along with taking stakes in hummus maker Sabra and KeVita, a probiotics beverage manufacturer and maker of kombucha.

PepsiCo said Nooyi was a pioneer in better-for-you options 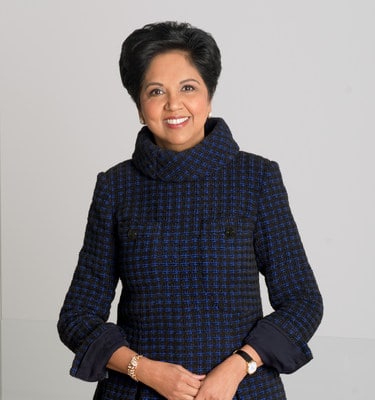 “As one of the first Fortune 100 CEOs to embed sustainability targets into business operations, Indra was a pioneer, paving the way for a new generation of business leaders who seek to ‘do well by doing good.’ Under her leadership, PepsiCo grew its portfolio of Good for You and Better for You options from about 38% of revenue in 2006 to roughly 50% in 2017, almost tripled its investments in research and development to expand its more nutritious offerings and minimize its environmental impact, and achieved global recognition for the company’s work in communities around the world,” said Director Ian Cook on behalf of PepsiCo’s Board of Directors.

On her departure, Nooyi said, “Leading PepsiCo has truly been the honor of my lifetime, and I’m incredibly proud of all we have done over the past 12 years to advance the interests not only of shareholders, but all our stakeholders in the communities we serve. Growing up in India, I never imagined I’d have the opportunity to lead such an extraordinary company… PepsiCo today is in a strong position for continued growth with its brightest days still ahead.”