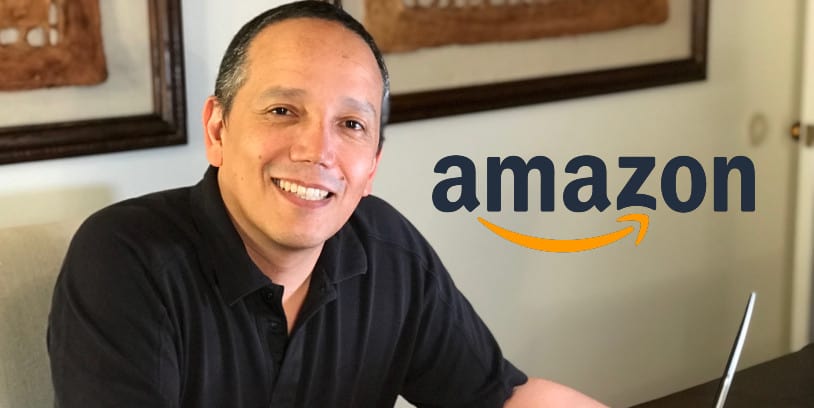 As soon as he graduated from college in Mexico 18 years ago, Pedro Maldonado traveled to the United States to make his way and grow professionally. However, he never imagined working in a strategic position for e-commerce giant Amazon, where he promotes Hispanic food products nationwide.

Born in Guadalajara, Mexico, Maldonado forged his path to success with dedication and treasuring his Hispanic roots, which have always helped him advance in his professional life. With a degree in economics, he arrived in the United States with only $400 in his pocket. Yet, he continued studying and earned his master’s degree in business administration specializing in commerce and finance from Northwestern University.

“It is indisputable that being Hispanic has had a lot of influence in my professional life. I have had the opportunity to work in different companies, and part of my responsibilities have been to create programs with Hispanic packaged grocery products that include food, beauty, and personal care items,” said Maldonado in an interview with Abasto.

This first work experience, he said, greatly influenced his professional growth. “I learned not only the value of hard work, to not be afraid to roll up my sleeves and to work in areas that were not what I was expecting. But more importantly, I was there when the Hispanic products industry was starting, and I got to see how inefficiencies in the supply chain increased the cost of the product.”

Throughout his professional career in this country, Maldonado said that being Hispanic has been very positive. However, he acknowledges that, on numerous occasions, he has been the only Hispanic at the table when companies make business decisions.

He also believes that his career has evolved, to a certain extent, as the Hispanic products industry has grown. He began working with La Bodega Inc., then moved on to Asian company Five Continents, and advanced his career with Central Grocers, the largest food distributor in the Midwest. He developed Hispanic grocery programs from the ground up for them. Later, Maldonado explored another retail sector working for CVS Pharmacy, where he helped develop the CVS Pharmacy Y Más Hispanic concept.

Thanks to his experience and expertise in physical stores and handling Hispanic grocery products, Amazon recruited Maldonado in 2018. “For me, joining Amazon was like a dream. If you look at the innovation going on right now, Amazon sure leads the way with technology.” Another aspect of Amazon that has always caught Maldonado’s attention is its culture of focusing first and foremost on customers and the opportunity it offers its employees to develop and grow within the company.

About a year and a half ago, Maldonado had the opportunity to join the Hispanic category management team that seeks to improve the experience of Hispanic customers in their interaction with Amazon.

In addition, always keeping their culture in mind and understanding how much Hispanics can bring to any company, Maldonado joined Amazon’s [email protected] group as its vice president. This group, made up of Amazon employees, is dedicated to attracting Hispanic talent to the e-commerce giant, which has a workforce of 1.3 million workers, 7.5% of whom are Hispanic.