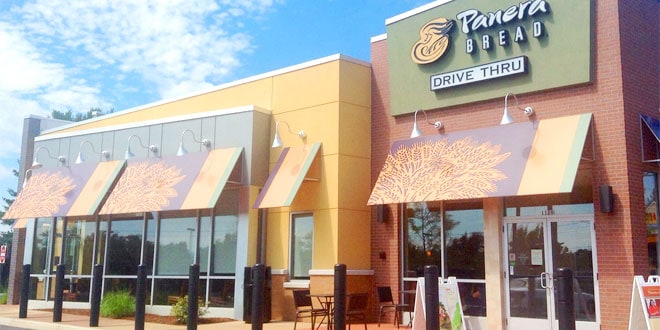 Panera Bread Company and JAB, the Krispy Kreme owner, announced that the companies have entered into a definitive merger agreement under which JAB will acquire Panera for $315 per share in cash, in a transaction valued at approximately $7.5 billion, including the assumption of approximately $340 million of net debt.

The agreement, which has been unanimously approved by Panera’s Board of Directors, represents a premium of approximately 30% to the 30-day volume-weighted average stock price as of March 31, 2017, the last trading day prior to news reports speculating about a potential transaction, and a premium of approximately 20% to Panera’s all-time high closing stock price as of that same date.

“By any measure, Panera has been one of the most successful restaurant companies in history. What started as one 400 square foot cookie store in Boston has grown to a system with over 2,000 units, approximately $5 billion in sales, and over 100,000 associates”, said Ron Shaich, Founder, Chairman and CEO of Panera.

“We strongly support Panera’s vision for the future, strategic initiatives, culture of innovation, and balanced company versus franchise store mix. We are excited to invest in and work together with the Company’s management team and franchisees to continue to lead the industry”, commented Olivier Goudet, JAB Partner and CEO.

The transaction is not subject to a financing condition and is expected to close during the third quarter of 2017, subject to the approval of Panera shareholders and the satisfaction of customary closing conditions, including applicable regulatory approvals.

Mr. Shaich has entered into a voting agreement whereby he and entities affiliated with him have agreed to vote shares representing approximately 15.5% of the Company’s voting power in favor of the transaction. Following the close of the transaction, Panera will be privately held and continue to be operated independently by the Company’s management team.