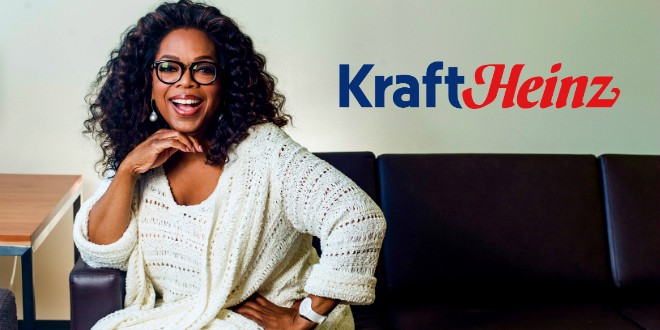 The “Queen of Daytime Television” is at it again. The Kraft Heinz Company (NASDAQ: KHC) and Oprah Winfrey have announced a joint venture called Mealtime Stories, LLC, whose mission is to create a new line of food that will make real, nutritious products more accessible to everyone. The initial offering will be ready to eat refrigerated products across multiple categories.

The company will initially develop, manufacture, market and sell this new line of food products in the U.S. As part of the joint venture, 10% of profits will be donated to charities aimed at eradicating hunger. Additional details about the brand specifics and products will be announced later in 2017.

This is not Winfrey’s first entry into culinary partnerships: in 2014, Winfrey teamed up with StarbucksSBUX to create Teavana Oprah Chai. In 2015, she took a 10% stake in Weight Watchers that became a stock market sensation. Within two days of announcing her stake, Weight Watchers shares surged 170%, a move that created $700 million in value and added roughly $110 million to her coffers.

It seems that the partnership between Winfrey and Kraft Heinz may have a bright future, though the stock did manage to sustain itself in Wednesday’s after-hours trading session. Shares, which closed the regular trading session up just 0.17%, gained another 0.7% in after-market action.

ABOUT THE KRAFT HEINZ COMPANY