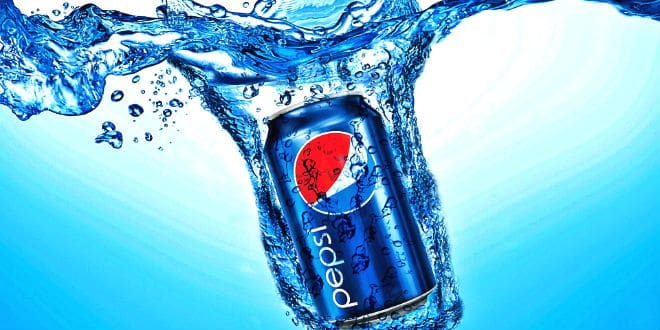 The soda industry is on the verge of change. For the first time in Super Bowl history, PepsiCo, Inc. (PEP) will change its regular ads of cans of Pepsi and instead push its sugar-free beverage line.

Chief marketing officer of the company Seth Kaufman said, “It’s got to start with consumer demand,”.

This year, the rebranding includes a commercial lineup of Pepsi Zero Sugar and LIFEWTR, the company’s new water brand.

“For us, it’s about keeping our finger on the pulse of where consumers are going,” Kaufman said. “It’s important for us to literally know what consumer demand is and then lean into that to create the Super Bowl moment.”

Pepsi’s new marketing strategy seems to signal a drastic change in American appetite — which is supported by rising water consumption, falling soda sales and the spreading taxation of sugary beverages.

In recent years, health activists have targeted the soda industry to advance their hard-fought campaign against obesity. Five of the country’s most populous areas voted in November 2016 to tax sugary beverages.

According to a 2016 study from the University of California-Berkeley, the instituted tax in Berkeley coincided with a 21-percent drop in sugary beverage consumption and a 61-percent increase in water consumption.

The Coca-Cola Co (KO), for example, introduced a carbonated water brand called Smartwater in 2015. This approach may have helped propel the company to its most profitable period of public trading.