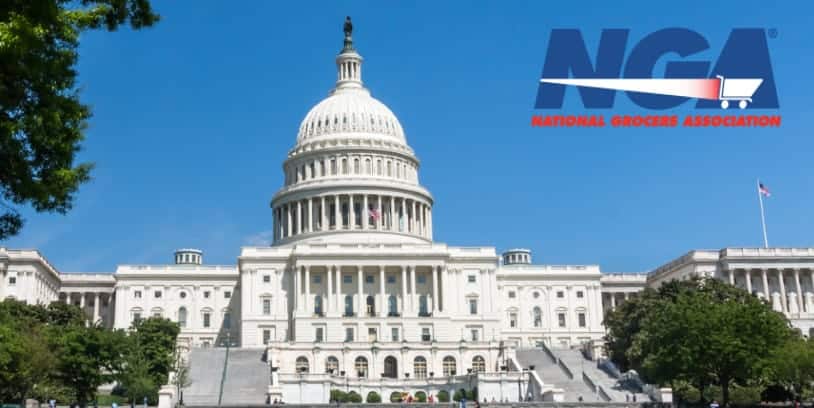 The National Grocers Association (NGA) condemned the economic discrimination that big grocery retailers and e-commerce giants have been using during the pandemic, hurting a large sector of independent grocery stores and the communities they serve.

NGA CEO and president Greg Ferrara said in a press conference that dominant companies use their buying power to take greater control of the market and demand special treatment from suppliers without an economic justification. As a result, independent grocery retailers are left without access to essential products or have to pay much higher prices for those items.

The situation became unsustainable, and the NGA called on Congress to stand up for independent grocers.

“Independent grocers have been feeling the financial squeeze from these anti-competitive tactics for years, and the pandemic has brought these illegal tactics to the kitchen table of every American. As families struggle under the weight of the pandemic, the dominant food retailers are squeezing suppliers and as a result, forcing higher prices and fewer products on independent grocers and their customers. Congress has to stand up for local businesses and consumers to demand an end to these harmful tactics and restore a competitive marketplace that benefits the economy and grocery shoppers alike,” said Ferrara.

NGA represents more than 1,600 independent grocery retailers who account for nearly 9,000 store fronts across the country, including at least one in every congressional district.

According to the association, independent grocers have seen over the years how dominant chains ignore antitrust law and abuse their buying power. They demand suppliers provide lower prices and more favorable supply terms, special package offerings, and product availability, leaving independent grocers to pay the price.

In light of the pandemic’s supply chain disruption, the NGA said its members are feeling the pressure more than ever. While Walmart alone captures one out of every four dollars Americans spend on groceries, independent grocers can’t get many of the must-have products and face supplier prices up to 53% higher than their larger competitors that sell the product at retail.

This isn’t just bad for independent grocers; it’s bad for their customers, who are often people of color and people living in rural areas who are forced to pay higher prices or travel farther distances to get the staples they need, the NGA said.

During a pandemic, when money is tight and leaving the house is discouraged, customers are forced to face hard economic and health decisions just to provide for their families. A parent may be forced to drive a farther distance to reach the nearest grocery chain store if the nearby independent grocery retailer is not able to stock its shelves with the products a family needs, meaning spending more on gas and taking multiple trips to complete a grocery list.

Demands for lower costs by large chains are forcing consolidation among food manufacturers. The association complained that farmers and ranchers are then forced to accept unfavorable economic terms, conditions, and prices imposed by the largest consolidated supply chain members.

That means rural residents who rely on the agriculture economy face a double punch: lower prices at the farmgate and higher grocery aisle prices.

NGA said that unless Congress and regulators act, illegal economic discrimination will continue to threaten independent grocery retailers and U.S. consumers and producers long after the pandemic is over.