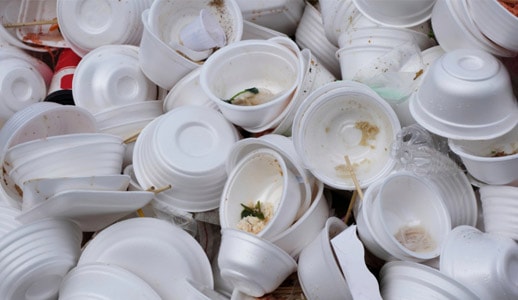 The municipality of New York city unanimously passed prohibiting the use of expanded polystyrene packaging starting next July in order to prevent damage to the environment.

The order was announced by Mayor Bill de Blasio’s office after consultations were held with packers, retailers and health agencies in the city.

In 2013 the former mayor of New York, Michael Bloomberg, had tried to push this measure but the order was never approved by the City Council opposition, who asked for more time to see if it was possible to establish a system of recycling of these materials.

Once it was confirmed that recycling is not possible, the new municipal administration decided to ban these packaging material also known as EPS, for its acronym in English, which is widely used to serve food and drinks.

“These products cause a real environmental damage and have no place in the city of New York”, affirmed de Blasio in a statement accompanying the ban announcement. “If we have better options, better alternatives and if more cities in the country follow our lead and institute similar bans, these alternatives will soon be abundant and cost less. “

Thus New York becomes the largest US city to apply this prohibition. 70 other US cities as Washington, San Francisco, Seattle and Minneapolis, have adopted similar measures. This effort is also joined by large packaging companies and measures to find new packaging methods.

According to the mayor of New York, last fiscal year the city generated  a total of 28,500 tons of polystyrene containers, which, considering how light they are, involves a large volume of trash.