Home » News » What Are The Key Findings of The 2018 National Grocery Shoppers Survey? 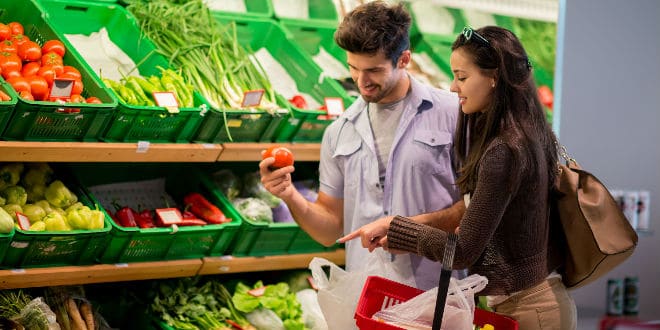 Over 80% of shoppers prefer their local store to an online alternative and for those who do grocery shop online, do it in addition to shopping in store (68%) and almost 7 in 10 shoppers (67%) have no plans to switch from their independent store. These consumer preferences were revealed by the third annual National Grocery Shoppers Survey, conducted by Nielsen on behalf of the National Grocers Association (NGA).

The trade association representing the independent supermarket industry, released new findings during the NGA Show that it’s taking place in Las Vegas. This year’s survey reflects consumer attitudes and behaviors from both The Harris Poll consumer panel and Nielsen’s panel-based Independent Grocer Shopping database, a new subset of the Nielsen Homescan panel, making this the largest and most developed view into today’s independent grocery shopper.

According to the latest survey, two-thirds (64%) of Independent Shoppers are very/extremely satisfied with their local supermarket.  In fact, over 80% of shoppers prefer their local store to an online alternative.  Additionally, independent grocers are strongly associated with friendly employees, quality meats and produce, and easy-to-navigate layout.

“There’s no doubt that the supermarket industry is rapidly changing, either because of the growth of e-commerce or the explosion of new formats, along with shifting consumer trends. However, independent grocers are nimble enough to quickly overcome obstacles and with strong ties to their communities, they know what consumers want and need,” said Peter Larkin, president and CEO of NGA.

The Challenges of Independent Supermarkets and the NGA’s role

“In today’s omnichannel retail environment, independent grocers maintain a unique and strong connection with their shoppers,” said Jeanne Danubio, Executive Vice President of Retail Lead Markets at Nielsen. “Complementing the findings of this year’s survey, Nielsen’s new independent buyer group panel data shows that a loyal independent grocery shopper spends more than 40% more in grocery than the average shopper.  It will be critical for independent grocers to maintain the quality and personal connections that keep these valuable consumers coming back to the independent store.”

Key findings of this year’s shoppers research include:

E-commerce insights
Over 80% of shoppers prefer their local store to an online alternative and for those who do grocery shop online, do it in addition to shopping in store (68%), with the majority of their purchases (75%) done at the store. Convenience is the main reason for shopping online for groceries, while the need to see items and concerns about freshness are the biggest barriers to online shopping.

While a small group of shoppers (11%) shop online, food delivery is the preferred method of shopping. Over three quarters (76%) of shoppers who have purchased groceries online have used food delivery compared to 39% who have used the “click-and-collect” method. The most commonly purchased food is packaged foods (14%), followed by general merchandise/health and beauty care (10%) and cleaning products (10%). Nearly 3 in 10 (27%) shoppers indicated that they anticipate an uptick in their online grocery shopping over the next five years.

Driving Health and Wellness
The majority of Independent shoppers (63%) expect their grocery stores to support them with a healthier lifestyle. The top recommendations included: Instructions on how to cook with certain foods (28%); help with label reading including ingredients and nutritional claims (25%); and general guidance on food that gives good nutritional value for the dollar (23%). Shoppers were almost split on where healthy foods should be displayed, with 58% saying that healthy food alternatives should be shelved alongside other food items, compared to 42% who think healthy food should be in its own section, separate from main aisles.

Key areas that are valued most
When considering where to shop for groceries Independents shoppers value low prices, quality meats and produce, friendly staff, cleanliness, and offering locally grown produce and other packaged goods. Almost 7 in 10 shoppers (67%) have no plans to switch from their independent store.

About the study:
The National Survey of Grocery Shoppers was conducted online within the United States by The Harris Poll on behalf of The National Grocers Association (NGA) among 3,008 adults, 18 and over between November 13 – December 8, 2017 using a sample from The Harris Poll Panel who self identified themselves as independent shoppers. Additional analytics were derived from Nielsen’s panel-based Independent Grocer shopper database of 44,000 consumers. Loyal independent shoppers are those that spend 50% or more of their reported shopping at an independent grocery store.