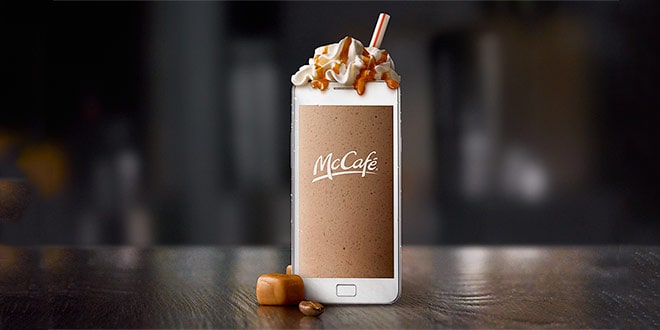 Due to an industry wide slump in the fast food business and a slow growth from their all-day breakfast push, McDonald’s has decided to focus on beverages to help invigorate the business.

After last year focusing its advertising on cheeseburgers and chicken sandwiches, the fast food giant plans to offer $1 sodas and $2 McCafe specialty drinks across the U.S. This comes at a time where cheap grocery prices are making more consumers eat at home. By focusing in higher-margin beverages instead of sandwiches, McDonald’s (MCD) is also preparing for the eventual rebound in food costs.

Since the arrival of Steve Easterbrook as CEO, the company has relied heavily on discounts and promotions as well as introducing the all-day breakfast. Last year after getting rid of their Dollar Menu, the chain introduced two for $2 and two for$5 deals to bring back bargain customers.

The promotion, starting in April, will include soft drinks of any size for $1 and McCafe beverages such as smoothies, frappes and espresso drinks for $2.

Over the past several years, profits have been helped by cheaper commodity prices. But that may not last much longer: The consumer-price index rose a larger-than-forecast 0.6 percent in January, the most in almost four years, Labor Department figures show.

Commodity inflation is expected to accelerate this year and by advertising drinks, which typically have higher profit margins than food, is easier on the bottom line.

Beverages are “some of the highest-margin products, so they can probably afford to do it,” said Peter Saleh, an analyst at BTIG LLC. “Gross margins for drinks can be as high as about 90 percent, while food is usually about 65 percent to 70 percent,” stated Saleh.

Other Fast Food companies are also targeting budget-minded diners. Wendy’s is continuing its four-for-$4 meal deal, which includes a cheeseburger, nuggets, fries and a drink. Starbucks Corp. and Dunkin’ Donuts, meanwhile, both have rewards programs that lock customers in with free and discounted beverages and food.