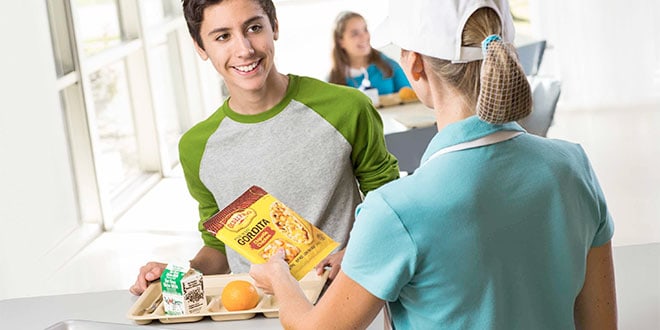 Mr. Harmening and other top General Mills executives spoke Feb. 21 at the Consumer Analyst Group of New York annual conference at the Boca Raton Resort and Club in Boca Raton.

While devoting considerable time to steps General Mills (GIS)has taken to improve prospects for the company’s large ready-to-eat cereal and yogurt businesses, Mr. Harmening said focused investments will be made in “four businesses with tailwinds.” These include Häagen Dazs ice cream, snack bars, Old El Paso and natural and organic.

In the case of Häagen Dazs, Mr. Harmening said General Mills sees the brand as the leading super-premium ice cream brand globally, particularly well positioned in emerging markets. Even though it has been growing at a 5% annual rate over the past two years, he said the growth rate could accelerate. Toward that end, the company is renovating Häagen Dazs shops around the world and is unveiling a package renovation globally with a clean new look. Marketing spending will expand significantly and will feature a partnership with professional tennis tournaments, including Wimbledon.

Describing General Mills as the pioneer in the snack bar category through its Nature Valley brand, Mr. Harmening said the segment is now a $1.7 billion multi-product business for the company.

“The global outlook is attractive driven by evergreen consumer demand for healthy and convenient foods,” he said.

Fiber One has seen slowing growth recently after many years of rapid expansion. Mr. Harmening said General Mills will put the brand back “on track” with better innovation.

New snack bar brands, including Larabar and Epic, have been growing rapidly, but still have considerable upside, Mr. Harmening said. He noted that Larabar currently has 5% household penetration, versus more than 30% for Nature Valley.

Old El Paso has become a larger business internationally than in the United States, Mr. Harmening said. With sales of $1.2 billion, the brand has been growing at a 3% rate. Growth will come moving forward from new products and expansion into new markets. He cited as a successful introduction Mini Stand ‘n Stuff soft tortillas.

Natural and organic has been the most rapidly growing category at General Mills in recent years, and Mr. Harmening said considerable runway remains for growth in coming years. The segment has been growing by an average of 10% per year since 2005 and is now a $1 billion category at retail.

In the case of Annie’s, the business has been growing at a 40% rate over the past year. Movement into new categories has been a key to success, and this will continue going forward. Recent introductions have included Annie’s refrigerated dough and popcorn. The company is introducing a line of Annie’s organic whole milk and fruit yogurt.

The company also recently introduced the Annie’s brand in Canada. Mr. Harmening noted that it is doing well and that natural and organic demand in Canada indexes significantly higher than in the United States.