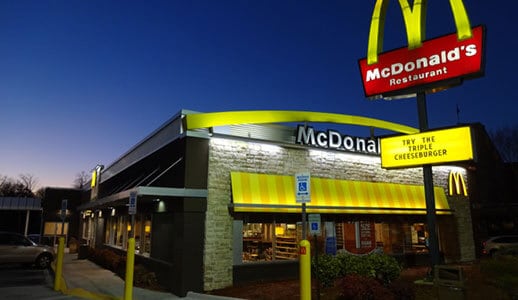 In an attempt to boost sales, the fast food chain McDonalds (NYSE:MCD) decided to say goodbye to its popular Dollar Menu. Instead, it will launch a new offer that will cost customers twice as much.

With the new McPick 2 option, customers will receive two of any of these items for two dollars: a McDouble, a McChicken, french fries or mozzarella sticks.

According to the company known throughout the world for its golden arches icon, the new menu will be available nationwide for five weeks, starting January 4.

After this period, McDonalds will be able to change the menu. However, the company claims that it will keep the name ‘McPick.’

This is just one of the changes the company has made in recent months in order to increase its profits. Remember that just last month, McDonalds began offering breakfast all day.

McDonalds and the Dollar Menu: a long story

For several years, McDonalds has tried to eliminate its popular Dollar Menu, but without success. In 2012 McDonalds introduced the Extra Value Menu, featuring a variety of products with a range of different prices.

Because of the failure of this initiative, the chain devised the Dollar Menu & More. This new menu kept the name of the original dollar menu, but confused consumers with its price range.

“When we stopped offering the Dollar Menu, we did not replace it with anything of equal value, and lost customers,” admitted CEO Steve Easterbrook.

It remains to be seen whether the idea of the McPick menu, with which the company offers more options to consumers, will gain popularity.

McDonalds is not the only company trying to get out of its dollar offer. Wendy’s has a 99 cent menu and is trying to replace it with one entitled “Right Price, Right Size.” However, it has admitted that it is not doing well with that promotion.