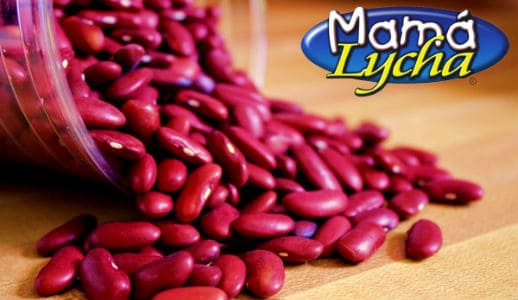 Have you ever heard of Mama Lycha products? You probably have. Thanks to its quality and tradition for more than 15 years, Mama Lycha has become one of the most recognized brands by Hispanic consumers in the United States.

Mama Lycha product portfolio consists of over 600 items which makes it easy for the consumer to find almost any product they demand and want to consume at home.

The company, which emerged in the United States as a family business, began its operations by making sweets and horchata water which are originally produced in El Salvador.

Thanks to the quality of their first products, Mama Lycha was able to begin distribution in small stores in Houston, Texas in the year 2002.

The rapid success and growth of demand made the company expand its production and distribution. “Fortunately the products that we were doing had a great acceptance and this growth gave us the opportunity to start new lines of products such as beans, dairy, and canned produce, to distribute them in the shops in the area,” said Maria Alicia Padilla Vice President of MamaLycha.

With the passage of time, the company was expanding its product portfolio and began to distribute known brands to expand its coverage in the growing Hispanic community that was coming to the area.

Today Mama Lycha products are in some of the most important chains in the country.

According to Padilla, among the mission of the company has always been preserving the quality of products, having good packaging and excellent service that also reflects the excellence of the product.

This, in the past, as today, distinguishes them from the competition.

Thanks to the spike in the population of Central American and South America in the U.S., the company has sieged this as an opportunity to continue its expansion. It is now expanding its portfolio to offer the Latin community products and flavors from their homelands.

“We are trying to make our product line more diverse (traditional products from different countries) and not only for consumers in Central America. While we have a very strong presence for the Central American consumers, we are also expanding our range to become a Latin brand for everyone”, said Padilla.

Mama Lycha is responsible for the direct distribution of its products across states in the center region of the U.S. but also reach other regions of the country through a network of distributors.

The company has its production plant in El Salvador, where it employs more than 100 people and is working on the expansion of the second plant in Nicaragua in order to expand its production capabilities and the demand of the growing Hispanic market in the United States.