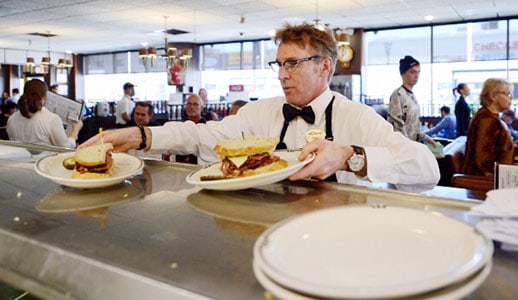 The city of Los Angeles took an important step in the fight to raise its minimum wage in the United States and established that workers earn at least $15 an hour by 2020.

Los Angeles becomes the country’s largest metropolitan area that has given the green light to an initiative that has already been adopted with similar raises in Chicago, San Francisco and Seattle. Washington and New York are also trying to raise the minimum wage to $15.

The city council managed to leave behind the current law establishing a minimum of $9 per hour, after adding 14 votes in favor and one against, from Republican Mitchell Englander. The decision ended eight months of discussions and protests.

Starting next year, all city businesses with at least 25 workers must begin to gradually increase salaries reaching $15 per hour in 2020. Companies with fewer employees will have one year to meet the target.

The council agreed not to raise the minimum wage to $15 immediately, to not negatively impact businesses, and are also showing opposition to this initiative.

The motion passed orders the Counsel to start preparing a law draft increasing the minimum wage. But councilors will return to pass the final bill and decide whether to include tips as part of the increase.

The plan approved Tuesday exceeds the proposal from LA Mayor Eric Garcetti, who offered to pay a minimum of $13.25 by 2017.