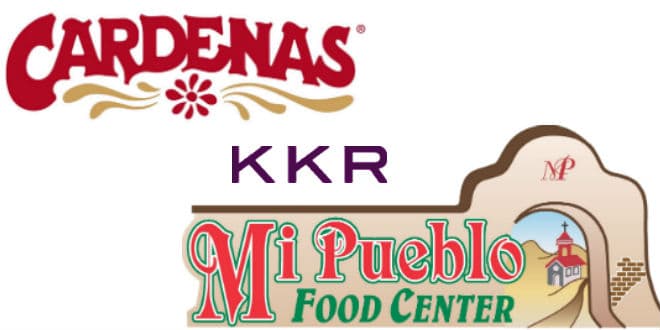 Both of the Hispanic grocer giants say that KKR has proven to be committed to their growth, also mentioning that the investment will go towards “creating new jobs and offering long and rewarding career paths for out executives and employees.”

In a statement made by Mi Pueblo the company said that KKR will join Victory Park Capitol to make a significant investment in the companies.

San Jose-based Mi Pueblo operates 19 stores in the San Francisco Bay Area, Central Valley, and the Monterey Bay Peninsula. The company was established in 1991 offering an authentic Latino shopping experience. Its main goal has always been to create an environment similar to the ones of the crowded fresh-food markets of Latin America while also carrying all of the items that can be found in all of the mainstream markets of the United States.

Sally Hernandez, Mi Pueblo VP of purchasing, said the investment will allow Mi Pueblo to make “numerous upgrades and remodels to our stores over the next several months to ensure they are set for growth.”

Cardenas Market has 30 stores in Southern California and Las Vegas, Nevada. Jesus Cardenas, the founder of the chain, came to California in 1957 from Jalisco, Mexico as part of the “Bracero” work program. Along with his wife, they opened the very first Cardenas Market in 1981. They were first most popular for offering many of the traditional dishes found in his home state of Jalisco. The first store in Las Vegas opened in 2009. The entire chain is now managed by the second generation of the Cardenas family.

In their statements, the two companies said that, for now, they will continue to work separately. “For the time being, Mi Pueblo and Cardenas Market will continue to operate as two separate entities and will conduct business as usual until further notice.”