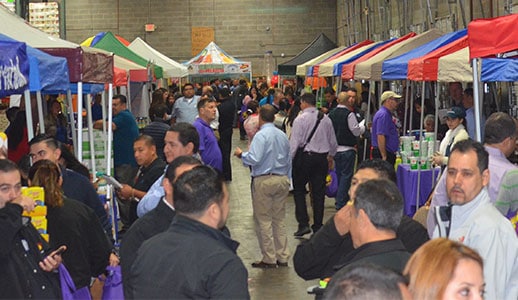 During the Food Show, which featured the participation of leading producers, distributors and chain stores and supermarkets, La Tortillería, the region’s largest distributor of Hispanic food products, offered guests great deals and promotions so they can make the most sales in the year-end season.

As in previous years, the event held on the premises of La Tortillería in Winston Salem, NC, gave attendees the opportunity to interact with industry leaders and learn about new products and market trends.

Besides the great promotions and discounts, La Tortilleria gave top awards to its customers through raffles and contests.

It was a great business meeting where merchants could interact with importers, wholesalers and major distributors of all Hispanics in the US food chain.

As always, ABASTO was present at this important industry event accompanying all attendees. According to the organizers, the event exceeded all expectations. The food show experienced a large turnover which had a double-digit increase compared to previous events.