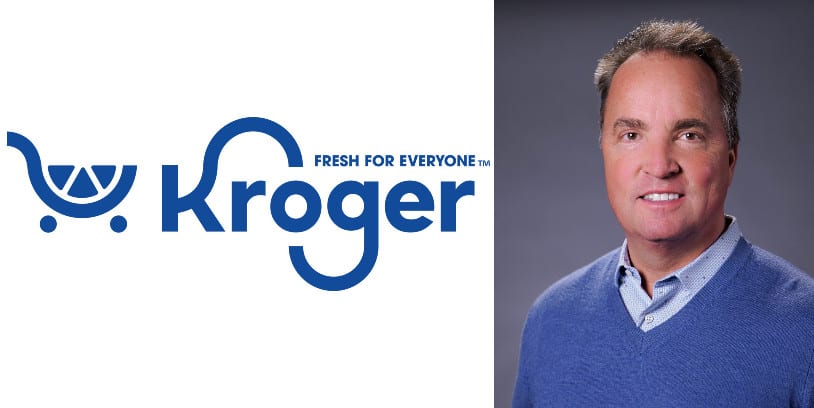 Kroger announced the retirement of Mark Tuffin, senior vice president of retail divisions, after more than 26 years of service, effective April 1. Tuffin will be succeeded by Kenny Kimball, currently president of the Smith’s division.

Kimball joined the organization in 1984 as a courtesy clerk in the Smith’s division, followed by serving in several leadership roles in the years that followed, including store manager, district manager, and bakery director, the grocery retailer said in a press release. He was then promoted to group vice president of retail operations before being named senior vice president of sales and merchandising in 2009.

Kimball took on a special assignment for the organization in 2015 before returning to Smith’s as vice president of operations in 2016. He was promoted to president of the division later that year.

In the new senior vice president role, Kimball will oversee several retail divisions across the organization and in the interim, will also have responsibility for the Smith’s Division, the company said.

“Kenny is truly an inspirational leader that effectively balances a passion for people and a passion for results with tremendous experience across our organization, ranging from courtesy clerk to division president,” said Rodney McMullen, Kroger’s chairman and CEO. “He is driven, passionate, and respected for his ability to see the big picture while also putting his associates and customers first. We’re excited to bring his perspective and experience to our senior leadership team.”

Tuffin began his career in the grocery industry at Smitty’s in Arizona where he held various positions before joining Smith’s in 1996. At Smith’s, Tuffin served in a series of leadership roles and was named vice president of merchandising in 1999. In 2009, he was promoted to vice president of transition, leading an organizational restructuring of the Kroger enterprise’s then 18 retail divisions.

Tuffin moved back to Smith’s in 2011 to serve as president before taking on his current role as senior vice president of retail divisions in 2014.

“Mark is a tremendous leader whose passion for our customers and our people will leave a lasting legacy across the many divisions he has led,” said McMullen. “We thank Mark for his dedication throughout the years and wish him all the best in retirement.”