Home » News » How Big is the Snack Food Manufacturing Business Before the “Big Game”? 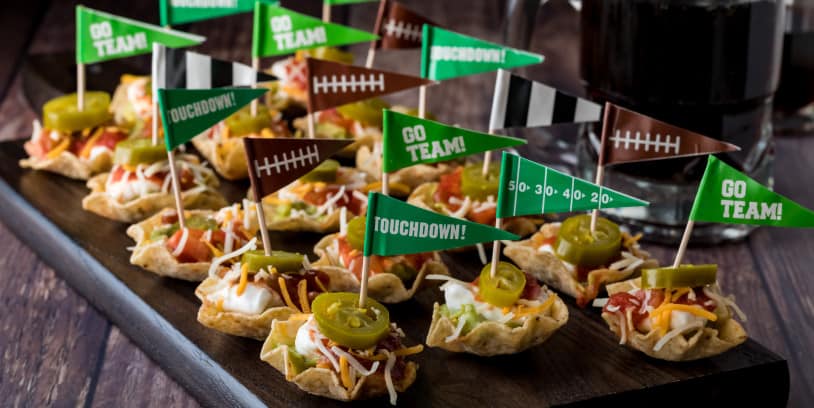 When our thoughts turn to the “Big Game” or the championship game of the National Football League, we think food — especially of the snack food variety.

Whether we gather around a big-screen TV at home or enjoy a pre-game tailgate party in the stadium’s parking lot, it’s all about the food: chips, popcorn, pretzels, dip, crackers, and the like are “Big Game” staples.

How much do we love our snacks around this time of year? The U.S. Census Bureau serves up plenty of data providing a glimpse into our passion for snacks.

We Love Our Snacks

Snack food manufacturing consists of establishments primarily engaged in one or more of the following:

According to the 2019 County Business Patterns (CBP), there were 717 Snack Food Manufacturing establishments in the United States that employed 62,758 paid workers during the pay period including March 12 in 2019.

The CBP shows that the state with the greatest number of snack food manufacturing establishments was California with 141, followed by Texas (59) and Pennsylvania (56).

Manufacturing Stats for the Big Game

The data revealed an interesting snacking fact in the COVID era, according to SNAC International. Snack food sales volume and spending rose from 2020 to 2021, signaling that snack consumption grew regardless of whether or not the game took place with traditional parties or gatherings or in the midst of COVID precautions. The data signals a bright future for snacking growth.

In total, Americans eat 112 million pounds of snacks on Super Bowl Sunday, or the equivalent of 270 jumbo jets.

For its part, the fifth-annual Frito-Lay Snack Index found that preferences, especially those of Gen Z (79%) and Millennials (83%), lean towards spicy snacks as their go-to during Super Bowl Sunday. However, despite a trend towards spicier snacks, older generations still prefer buying classic flavors they have known for years, including 62% of Baby Boomers and 46% of Gen X compared to 32% of Gen Z and 30% of Millennials.

Also, 27% of the Snack Index respondents said they are most looking forward to trying snacks they’ve never had before when snacking this Super Bowl, and a majority of adults (72%) plan to pick up their Super Bowl snacks at the grocery store, up 5% year over year, compared to 8% who will order them online for delivery and another 7% planning to grab theirs at a convenience store.

Article By Adam Grundy and Tonja White, US Census Bureau; With information from Frito-Lay Snack Index and SNAC International