Home » News » In Memory of Gustavo “Gus” Gutierrez: He Bet on Tortillas in Las Vegas and Won Big 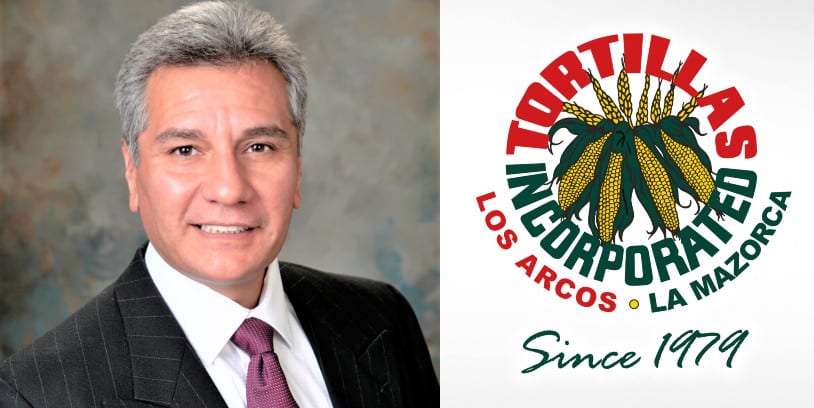 Gustavo “Gus” Gutierrez fought for more than a month against the devastating effects of COVID-19, but last November, at the age of 61, he passed away in Las Vegas. In this city, he settled decades ago and forged a legacy for his dedication to the tortilla industry and his social commitment to the community.

During the TIA Convention, the Tortilla Industry Association’s trade show held in San Antonio, Texas, last July, the life of “Gus” Gutierrez and his countless contributions to the industry as a member of the association and CEO of Tortillas Incorporated were celebrated.

Likewise, in an interview with Abasto, Natalie Bacany-Gutiérrez and María Teresa Gutiérrez, daughter and sister respectively of “Gus” Gutiérrez, recalled the life of this exemplary businessman, whom they also described as a great human being, generous of heart and a tireless worker.

“Gus” Gutierrez was born in Guadalajara, Jalisco. In the early 1960s, he moved to California with his family. Later, Gus moved to Las Vegas, where he began working in a hotel when he was 17.

Maria Teresa, who was left in charge of the company as president after her brother “Gus” passed away, said the tortilla business was started by her father, Jose Luis Gutierrez, in the garage of their home in the late 1970s. “My brother and I, every day after we got off work, would go help make the tortillas.”

“Gus” Gutierrez’s merchant spirit soon came to the fore when he managed to make the first big tortilla sale to a Mexican restaurant in Las Vegas, “that was the first account the business had,” Maria Teresa recalled.

The Latino community began to grow in Las Vegas, new Hispanic stores started to open their doors, and before long, Gutierrez’s tortilla business began to grow. They got another tortilla machine, moved into a storefront where they sold their tortillas, and thus began the road to success for “Gus” and his family.

After acquiring a new machine to produce tortillas in large volumes, they moved into a spacious warehouse. From ten employees, they grew to nearly one hundred, and their brand of tortillas, tostadas, and chips, Los Arcos, became famous. Gus’ commercial spirit propelled the family business to prosperity with the support of the entire staff.

But according to his daughter Natalie, who is now the company’s general manager, and his sister Maria Teresa, it was vital for “Gus” to share that prosperity. “My dad believed in the importance of ‘pay it forward,’ and that’s why he liked to help others because he said that, just as you gave, you received,” Natalie said.

“When Gus left us, and I had to start organizing his papers in the office and going through the mail, my goodness, he gave so much, I think he donated to every organization in town, but it was something Gus didn’t comment on, but no wonder he was such a blessed man,” said his sister, very emotional.

When the pandemic forced the closing of businesses, “Gus” Gutierrez’s tortillería factory was seriously affected because a large part of its sales was to restaurants. Many of his employees fell ill, and “Gus” worked day and night operating the machinery until the last week of September when he also got COVID. In October, Gus was admitted to the hospital, and although he battled the virus for a month, fighting hard as his favorite movie character “Rocky,” passed away on November 8.

Despite the loss of “Gus” Gutierrez, his sister and daughter continue to run Tortillas Incorporated, honoring his memory and continuing the work he loved for most of his life.