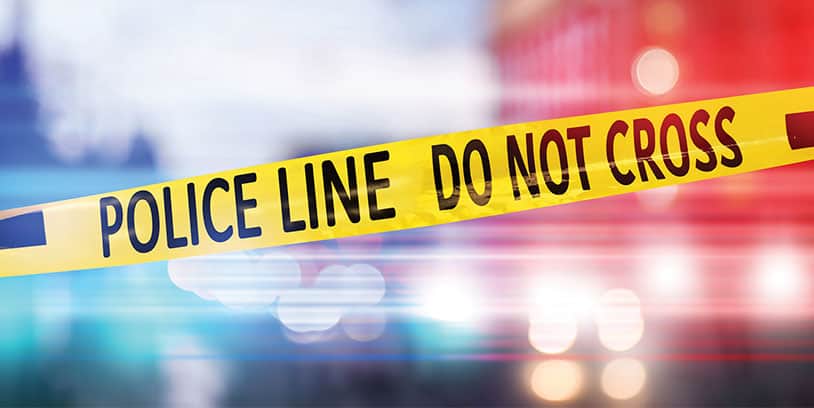 On May 14, an 18-year-old white supremacist parked his car in the parking lot of the Tops Friendly Market supermarket on Jefferson Avenue in the city of Buffalo. He walked toward the entrance of the store carrying an assault rifle and began shooting at black shoppers and employees. In just a few minutes, he killed ten people and wounded three more before being apprehended by police.

Unfortunately, the tragedy at Tops supermarket was not an isolated incident. According to Guns Down America, a gun control advocacy organization, statistics indicate that nearly 500 gun incidents have been recorded at supermarket chains around the country since 2020.

Between Jan. 1, 2020, and May 14, 2022, 448 incidents of gun violence were recorded at 12 major supermarket chains in the U.S., leaving 137 people dead. The data was compiled by the research group Gun Violence Archive, a non-profit corporation created in 2013 to provide public access to accurate information related to gun-related violence.

This means that every week, in supermarkets in the U.S., three to four cases of gun violence occur, according to Guns Down America.

Using FBI’s data, The Washington Post reported that between 2000 and 2017, the number of supermarket shootings averaged less than one per year. But since 2017, reported incidents have tripled, from two reported in 2018 to six in 2020, the latest year of data released by the FBI.

The increasing threats that grocery stores face in the U.S. of becoming victims to armed assailants make it imperative for food retailers to develop strategies and tactics to prevent and respond to this type of danger.

In response to the increase in supermarket violence, the Food Industry Association (FMI) partnered with The Power of Preparedness (TPOP). This security firm goes beyond classroom training to provide strategies and tactics for mitigating workplace violence, avoiding armed assailant incidents, and providing guidelines and best practices for reducing the risk of armed attack threats.

The guidelines prepared by FMI and the security company emphasize the importance of improving preparedness to help mitigate the consequences of potential future incidents.

The Active Assailant Preparedness and Response Guide for Food Retail provide grocers with strategies to improve their preparedness and response to an armed assailant incident throughout the entire process of prevention, protection, mitigation, response, and recovery.

Grocery retail owners can find complete information on the topics covered in the guide on the FMI website (www.fmi.org):

Meanwhile, FMI held a webinar to provide details on the Preparedness Guide. It was hosted by Bill Flynn, former Department of Homeland Security official, founder of The Power of Preparedness and current president of Garda Risk Management, and FMI’s vice president of industry relations, Doug Baker.

“Unfortunately, the number of these acts is on a very worrying upward trend. Therefore, it is not enough to provide instructions in the event of an emergency, but retailers must provide training on their emergency response plan on an ongoing basis,” Flynn warned.

For his part, Baker said that “if the premise is that stopping these attacks will be impossible, then it is paramount to ensure that organizations have all the tools available and that associates have the repetitive training and support to ensure [effective] response and recovery.”

Abasto Magazine spoke with Omar Jorge, president of the Board of Directors of Aurora Group, a 38 Hispanic supermarket chain on the East Coast, about the measures they are taking to prevent acts of violence like the attack at Tops supermarket in Buffalo.

“Three or four years ago, I started with protocols in the supermarkets in case an armed person wants to cause harm in the store. It’s pretty complicated because it involves training employees, identifying exits and how they should behave, and we have a uniformed security officer in every store. I think that visibility is important to prevent any kind of violence,” said Jorge.

In turn, Flynn urged grocery store owners and other retailers to contact local law enforcement agencies and invite them into their stores to assess the overall risk and talk to employees about responding to emergencies. “Get their input on their concerns in the environment you’re in and also work with other members of the local business community regularly,” the security expert said.

On Flynn’s recommendation that stores need to maintain contact with local police departments, the Aurora Group executive said they do their best, but that, for example, having continuous patrols depends on the area where the supermarket is located.

“The police department is different in each area. In a city like New York, it’s quite complicated because of the size of the police department; they often don’t give importance to crime inside shopping places. However, in North Carolina, for example, we have a very close relationship with the police department, and we even sponsor courses they have to learn Spanish,” said Jorge.

He felt that the police and all supermarket personnel should take the growing threat of armed attacks in supermarkets very seriously. Therefore, they should prioritize the development of prevention plans so that all operators and associates receive proper training and businesses can avoid further tragedies.