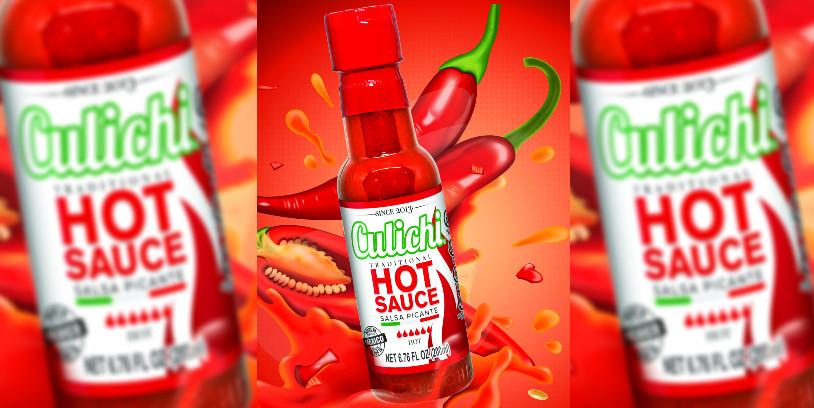 When Salsas Culichi hit the market in Los Angeles, California, in 2013, it quickly conquered the taste of Mexican consumers in the U.S. With an authentic and natural flavor, Salsas Culichi became the essential ingredient for preparing exquisite seafood, as good as the ones eaten in Culiacan, Mexico.

Nine years later, the sauce manufacturer is announcing the launch of its new “Hot Sauce” line, with an explosive and delicious chili flavor that will undoubtedly become the favorite sauce of the American consumer and other Latin American regions. The taste of Salsas Culichi shows all those good moments shared with loved ones.

It was named Salsas Culichi to honor its place of origin, Culiacán, in Sinaloa, Mexico. All its ingredients come from this region, and its manufacturing plant is located here, where more than 20 people work. The sense of belonging is fundamental to the brand.

The brand exports its sauces to the United States and has the “MADE IN SINALOA” quality seal. The government of the state of Sinaloa grants this seal to Sinaloan companies with productive projects to build platforms for trade, innovation, and marketing that allow showing the true face of the work of Sinaloa’s producers to the world.

With great effort, the brand emphasizes the detailed care of each step to make every drop of their sauces have that distinguished and unique flavor. They became known for the Chiltepín sauce, mainly, and the Salsa Negra para Mariscos, which are the central flavors of Salsas Culichi. Likewise, the habanero sauces and seasoning juice are also made at the plant.

The formality and promotion of the sauces began in the social networks, quickly positioning itself in the taste of customers in the United States who were looking to have the taste of Culiacán on their food. The Chiltepín and Black Sauces for Seafood became the favorites of consumers in the United States since they were the first to be sold and remained in the taste and preference of Mexican-Americans, their main customers.

And even more, Salsas Culichi conquered the taste of the great artists of the grupero genre such as Larry Hernandez, Julion Alvarez, Gerardo Ortiz, Banda El Recodo, Banda MS and many more. This is how its expansion plan in the U.S. market began to show excellent results.

The company developed a well-executed commercial alliance to meet consumers’ most pressing needs for a good product under the leadership of Salsas Culichi’s CEO, Cristian López. They also gained the trust of Hispanic supermarkets in the United States, with whom they established successful communication.

Related Article: Mexican Food Will Be in the Spotlight in 2022

“Our expansion has been achieved thanks to strategies and alliances with other companies and commercial representatives that have helped us with our mission to grow territorially in regions far from the West Coast, in California, where Salsas Culichi was originally born,” said Lopez.

Regarding the growth strategy and the success sought with a brand, the CEO of Salsas Culichi recommends entrepreneurs “to have patience, perseverance and not give up, since the road to your own business is full of opportunities, but also of challenges that you have to know how to handle with resilience and tenacity, without forgetting the ultimate goal.”

Another piece of advice Lopez also offers “is the importance of having a reliable team of people with the experience to manage the most critical business tasks. But, above all, with passion for their work and doing things in a way that consumers are satisfied with the product or service offered. Each employee has their strongest points, and we must focus on this to move forward since working together is the success of all companies.”

In 2022, Salsas Culichi is launching a new “Hot Sauce” line of sauces that the company will distribute in U.S. grocery stores.

Lopez is confident that “Hot Sauce,” with its classic flavor of explosive and delicious chile, will have the same success that the other Salsas Culichi sauces have achieved in Hispanic stores with their Chiltepín, Habanero, Negra Marisquera, and Sazonador flavors.

The new “Hot Sauce” seeks to open a market exclusively within the American taste, with a modern and avant-garde design.

Undoubtedly, Salsas Culichi will continue seeking to be a spearhead in the Hispanic and Anglo markets for its quality and flavor, as well as for its innovative packaging and design. Salsas Culichi always seeks to highlight Mexican ingredients to the world, but above all, the quality of Sinaloan producers and farmers.