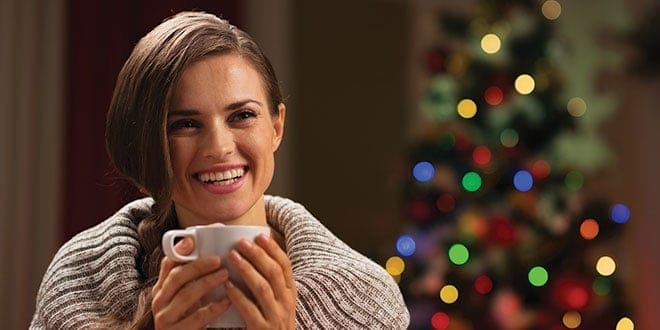 Celebrating the holidays and the beginning of the winter season immediately brings the desire to stay warm and comfortable. It is a time when the vast majority of Hispanic families relive their traditions with nostalgia products, and for example it is very common to enjoy a hot chocolate. It is a comforting moment in the Christmas season.

Hot chocolate is a basic part of Christmas in the Hispanic culture as much as a Christmas tree, the nativity scene or Christmas songs on the radio.

For Hispanics, hot drinks like hot chocolate and coffee are a must. Abuelita chocolate, established in Mexico over 70 years ago and owned by Nestle, is a kitchen staple and a classic example of how beloved hot chocolate is.

Drink chocolate originally emerged from Mexico as early as 500 BC when the Mayans drank chocolate made from ground up cocoa seeds mixed with water, cornmeal, chili peppers and other ingredients and then mixed the drink by pouring it back and forth from a cup to a pot until a thick foam developed, according to the Spruce Eats. The drink was originally drunk cold, but after making its way to Spain, the drink began to be served hot, sweetened and without chili peppers.

According to the Journal of Food Science article about Chocolate Milk and the Hispanic Consumer, Hispanic children rated liking chocolate milk higher than overall Hispanics and Caucasians.

There are many nostalgic holiday favorites for Latinos, who have various traditional meals from different regions in South and Central America. According to the Miami New Times, among some of them are:

It is like eggnog with rum and a popular Christmas drink in Puerto Rico.

It is roasted pork and a popular meal for many Hispanic holidays in different regions.

It is dough stuffed with a stew of beef or pork and very popular in Venezuela.

It is like rice pudding and can either be boiled or baked, with different milks and spices depending on the region.

A traditional Latin American food found in many countries and are made with both sweets and meats.

They are fried dough balls and a Colombian specialty. It is a traditional Christmas dish served along with natillas, sprinkled with cinnamon.

These are only some of many classic Latin holiday dishes. Aside from American holidays, Hispanics take part in celebrate the end of year holidays from their home country, such as Las Posadas, Noche Buena and Día De Los Reyes (Three King’s Day). Whichever the holiday or country region, you can always count on Hispanics to eat delicious cooked meals.