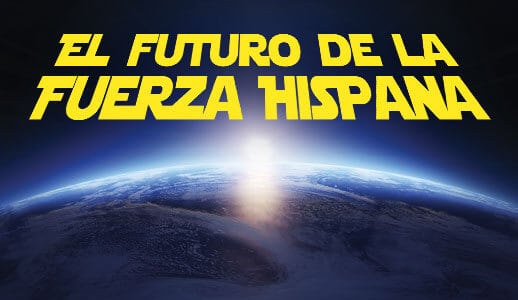 2016 will be a landmark year for the economic, political and social future of the millions of Hispanics living in the United States. This period will define key aspects for the future of immigrants as well as the impact of Hispanic power on the country.

One such area in which the Hispanic community has the opportunity to show its strength is in the political arena, since at the end of the year we will be electing the new president of the United States.

In the midst of the polarization that has been generated in the country due to racism against Hispanics coming from the Republican candidate Donald Trump and from anti-immigration policies, Hispanics will be able to show their decision-making power at the polls. As in the last presidential election, they will have the power to choose who will be the country’s next president.

Hispanics will have the power to choose the next president.

According to analysts surveyed by ABASTO, 12.2 million Latino voters participated in the 2012 presidential election; however, there is still a very significant gap between demographic weight (18% of the total population), and effective electoral weight (10%). This percentage is extremely low, considering that 2.5 million Latino voters were registered to vote, but refrained from doing so in 2012.

For the 2016 elections, according to the Center for American Progress, it is expected that there will be 58.1 million Hispanics in the US, which is five million more than in 2012. Hispanics over the age of 18 are 16% of the adult American population. The number of eligible Hispanic voters — the number that could listed be on the electoral census — will be a 13% of the total, 2% more than in the last presidential race. In some key states like Florida, it will be 17.1% to 20.2%.

Hispanics over the age of 18 are 16% of the adult American population.

“Although the Hispanic vote by itself cannot determine the presidential election, one can say that no presidential candidate, whether Democrat or Republican, can win without at least 33% of Latino support. President Obama won 72% in 2012, while his Republican opponent, Mitt Romney, only reached 27%, “said political scientist Carlos Cepeda.

Voter mobilization among Latinos is growing. In Arizona, Colorado and Nevada, the growth of support for the Democratic Hispanic vote is remarkable. For example, they can help the Democrats get North Carolina back, even if they continue losing ground among white voters.

“With such a large polarization, Hispanics will have to unite and go to the polls en masse to be able to assert their power, because despite having been instrumental in the past, their power still has not been noted,” Cepeda said.