Home » News » ¿Why is Hispanic food so famous? 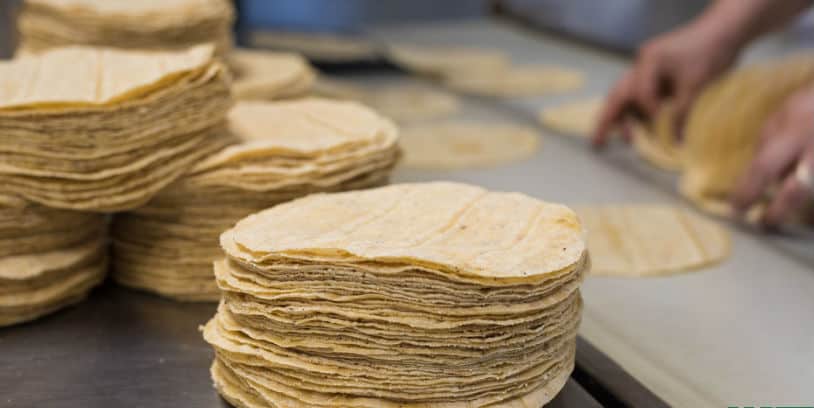 The best Hispanic food is a mixture of different cultures.

Hispanic food dishes around the world.

If you are a food fanatic, then you have certainly tried some food throughout your life, no matter where you are from. The best restaurants around the world serve Latin American food or maybe you can find a Latin American restaurant to eat at almost everywhere. The Hispanic cuisine and food traditions are becoming worldwide customs as everyone around the globe has a bowl of nachos to enjoy a movie.

Latin America can be divided into three different regions with three or even more different types of cuisine. Every region has an influence from its own Native American roots and also from cuisine around the world. Most countries have a strong influence in European cuisine, mainly from Spain and Italy but they we can also find Asian and Arabic influence in Hispanic dishes.

Ingredients you can find in Hispanic food dishes.

Latin America is a big continent that goes from almost the South Pole to long past The Equator. With its 22 very different countries, languages and weather and it hast a vast list of ingredients as different as their culture. In some regions of the continent, especially from South countries as Argentina or Uruguay, the most popular dishes are meat based. Both countries are famous for their meat barbeques and stakes. Other Hispanic dishes from other regions such as up north are mainly influenced by native American cuisine.

The most popular cuisine from the north of Latin America is the Mexican cuisine. It’s a mixture of native cuisine with, also, the influence of Spanish cuisine. It’s famous for its corn-based dishes and strong spices such as chili pepper which are mainly from their native customs but they also added to their food, dairy products, meet and other herbs. The rest of countries from the North have also a strong Spanish influence in their cuisine.

Some countries of South America such as Uruguay, Argentina, Brazil and Venezuela have a strong Italian influence on their cuisine. Especially in Argentina, Italian food such as Pasta and Pizza are some of the most popular of their everyday food and gastronomy.

Peru and the Asian influence in its food.

Peru, like most of food has Spanish and Native American influence but it also has an Asian style in their cooking. Dishes with a lot of sea food such as dishes with shrimp, fish and shellfish and dishes with beans and rice are very popular among their gastronomy. Something else that Peruvian cuisine has in common with Asian cuisine is also the strong spices.

Rice is also a very strong ingredient, sometimes the main one of Hispanic dishes. It can be fried, boiled, used in salads or even be used as a dessert. It can be the main course with a sauce and be accompanied with chicken, eggs, or must popularly with sea food.

The best of desserts in Hispanic food.

There are a lot of traditional desserts and pastries in Hispanic food. Milk and sugar are the main ingredients in most desserts for example the Dulce de Leche in South America or Dulce de Cajeta in Mexico. In South America, they use this in almost everything sweet like pastries, cakes and desserts. Another popular Latin American dessert is the flan which is an eggs and milk mixture with caramel.

Every country has its special unique dish that will always taste better eaten in that country or made by a native or an expert. For example, there’s the “Sopa Paraguaya” which translate as Paraguayan Soup but it looks nothing like soup at all and it’s more similar to corn bread. Some other traditional dishes, drinks and desserts are “Mate” which is a beverage in Argentina and Paraguay, “Arroz con Leche”, a dessert also in Argentina, “Chicha de Jora” a beverage in Peru and Moqueca in Brazil, among many others.

Latin America also have a lot of traditional drinks that are unique and rarely drink somewhere else in the world unless there’s a native there. The strongest example is the Uruguayan “Mate” also drank in Argentina which is like the herbs of a kind of tea called yerba mate and drank in a hollow calabash gourd with a metal straw. Other traditional drinks are “Aguas Frescas” in Mexico, “Chicha” in Peru and “Horchata” in Guatemala, among others.

A variety of corn-based dishes in Hispanic food.

Corn is a very important vegetable in Latin America that comes from mainly from Mexico and may Hispanic dishes are made with corn, for example Tamales , Tortillas, Nachos, Tacos, Arepas and even Chicha which is a beverage.

Some Hispanic dishes are known for their side spices sauces made with hot peppers and other vegetables and spices that usually accompany meat, chicken or fish. One of the most popular that originates in Argentina but it’s eaten all over Latin America is “Chimichurri” that has parsley, garlic, olive oil, oregano and vinegar.

Beans are a very important part of the Hispanic dishes. Lots kinds of dishes are made with beans, even some desserts. Other legumes that you can find in Latin American cuisine are lentil, peas, chickpea and peanuts, among many others.

Strong spices in Hispanic dishes are used to season meats and add some spicy to a variety of dishes. Just as in Asian and India, which are great influences, Latin American cuisine is very spicy in some regions, mostly in Central America. The main spice they use is pepper and all its variety.

Caribbean cuisine: European and Arabic influence among other regions.

The Caribbean cuisine is mainly influenced by European, Amerindian, Asian, and Arab cuisine. Some of the main ingredients of their cuisine are seafood and rice which is mainly used as a side dish and it’s very different in every island.