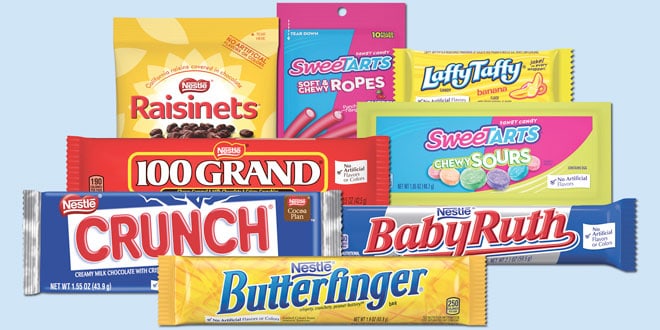 According to CNBC, sources “familiar with the situation,” said that the bids were submitted Friday (6 January) for the confectionery business, which is expected to cost between US $2 billion and $2.5 billion to buy.

However, sources mentioned that Ferrero, best known for being the maker of the popular Nutella chocolate spread, is believed to be the front-runner because it is more willing to be aggressive on the price than Hershey’s.

According to CNBC, the sources say it might still take another week before a final decision is made. Private equity firms have also expressed interest, sources said.

Nestlé Buys Number One Organic Cold-Brew Coffee in the U.S.

Nestle’s U.S. business said they were looking for strategic options

Nestle had revealed back in June that they were exploring strategic options, including a possible sale for its U.S. chocolate and candy business. The business on the block has annual sales of 900 million Swiss francs ($924 million) and, according to IBIS World, 11.5 percent market share. Nestle is owner of brands such as Baby Ruth, Butterfinger, Laffy Taffy and Sno-Caps.

Both Hershey’s and Ferrero have been in acquisition mode lately. In an attempt to jump on the healthy snacks wagon, Hershey’s announced its acquisition of Amplify Snack Brands for $1.6 billion last month, maker of SkinnyPop and Tyrrell’s potato chips. Italy-based Ferrero acquired Ferrara Candy Company for around $1 billion, giving Ferrero a wider growth platform in the U.S.

Although there has been a shift recently with many focused on healthy and “better for you” snacks, snackers still have a sweet tooth. Large snack companies that can afford to invest in “organic” and “artificial-free” gain to benefit from the country’s continued snack cravings.

“Candy is too engrained in our culture for it not to be an interesting category for investors,” said Nicholas Fereday, executive director of food and consumer trends at investment bank Rabobank..