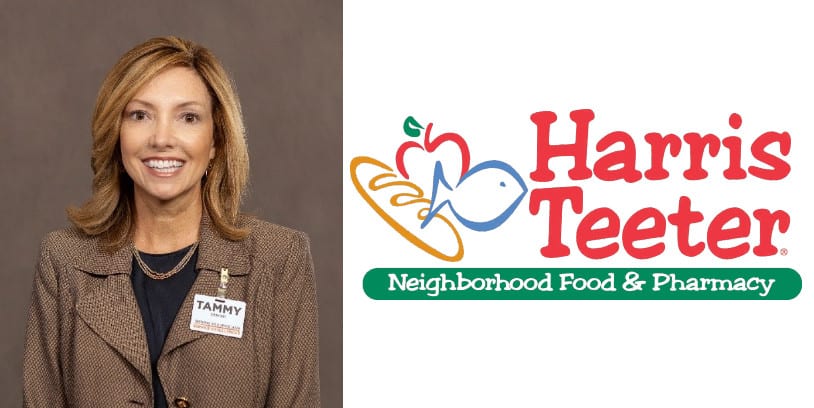 DeBoer has more than 25 years of retail experience. She joined Harris Teeter in 2020, leading operations, merchandising, and marketing and overseeing the company’s 258 stores across seven states and Washington, D.C.

Previously, DeBoer was an executive at Family Dollar, a wholly-owned subsidiary of Dollar Tree, Inc., where she most recently served as the organization’s executive vice president and chief merchandising officer. Before joining Family Dollar, she spent 19 years at Delhaize, where she held various leadership positions in merchandising and operations and led the company through acquisitions and pilot store introductions.

“Tammy is a retail veteran. Her breadth and depth of experience, including brand transformation, merchandising, and operations, among other things, make her a true asset to Harris Teeter and the top choice to assume the role of president,” said Mary Ellen Adcock Kroger’s senior vice president of operations.

Harris Teeter, based in Matthews, N.C., is a wholly-owned subsidiary of The Kroger Co. The regional grocery chain employs about 35,000 people and has stores in North Carolina, South Carolina, Virginia, Georgia, Maryland, Delaware, Florida, and the District of Columbia.

For his part, Rodney McMullen, Kroger’s president and CEO, highlighted the work done by Rod Antolock during his 22-year tenure with the supermarket chain.

“Rod’s leadership has been instrumental to Harris Teeter’s growth and success for more than two decades. His commitment to customer service and quality will continue to guide Harris Teeter into the future,” McMullen said.

Before joining Harris Teeter, Antolock served in various leadership roles at Albertsons Companies from 1978 to 2000.

During his tenure at Harris Teeter, Antolock led the development of the company’s “Service Excellence” customer engagement model and introduced new ways of operating, including a new urban scale model, an expanded store format, and a model store walk concept. Under his leadership, Harris Teeter also expanded into several new geographies, including Northern Virginia, Washington, D.C., Maryland, and Delaware.