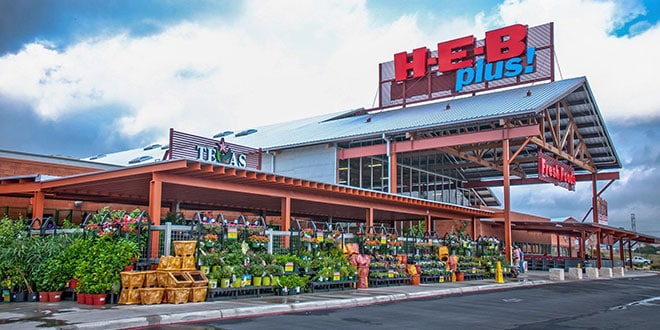 Since 2008, H‑E‑B has created more than 24,000 jobs,the company said. They announced plans to add nine new stores in Texas and six new stores in Mexico in 2017.

“This milestone represents our deep commitment to improving the lives of Texans and their families, and creating a work environment that brings the spirit of community to life every day while encouraging innovation, engagement and success,” said Craig Boyan, President and COO. “It takes great people to build a great company, and we look forward to providing even more Texans with meaningful career opportunities that bring new experiences, growth and lifelong connections at H‑E‑B.”

H-E-B, which was the 12th-largest privately owned employer in the U.S. last year, would break into the top 10 with more people than Round Rock-based Dell Technologies, which had 101,800 workers last year, according to Forbes magazine.

The grocery store chain which was valued at $10.7 billion by Forbes this month, is owned by the Charles Butt family, the 23rd wealthiest in the U.S.

Tina James, Senior Vice President for Human Resources for H‑E‑B, underscored the importance of their employees which they call them partners because “in business and in life, people matter most… we work together to achieve success and create a strong sense of pride within our stores and throughout the more than 300 communities we serve.”

The company rewards the employees who have been with them for at least a year and have worked a minimum of 1,000 hours with the Partner Stock Plan so they can receive an allocation equal to three percent of the participant’s eligible pay and $100 for each year of service.