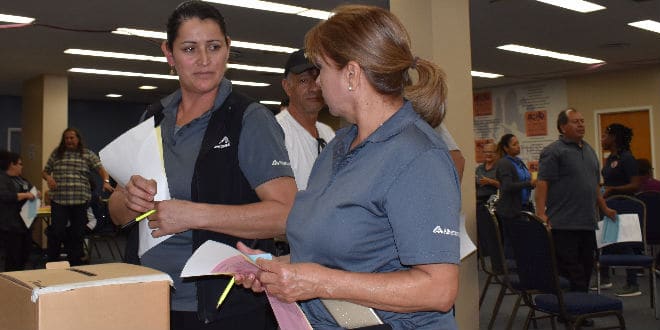 More than 45,000 grocery workers represented by the United Food and Commercial Workers union (UFCW) voted to favor a new contract with Ralphs, Vons, Pavilions and Albertsons supermarkets, that will allow them to have the most significant salary increases in over 30 years.

“As important as the hundreds of millions of dollars in improvements for our members is the way we achieve this contract: fighting together store by store and with our communities to demand recognition of the value we make these corporations win every day,” added Finn.

The new employment contract approved for the next three years includes:

Melissa Hill, director of public affairs and government relations at Albertsons Companies, said the company was pleased to have reached an agreement that provides wage increases, affordable health care and continued pension funding for grocery workers.

“We want to thank our employees for supporting this agreement and for the contributions they make to our company,” Hill said in the statement.

UFCW union negotiators and supermarket representatives reached an agreement on the new employment contract on Sunday, September 8 and the union recommended workers to vote in favor. After three days of voting, the UFCW union reported Thursday that the vast majority of workers approved the historic agreement.

In June, grocery workers from nearly 500 supermarkets in Southern California had voted in favor to go on strike if negotiations failed. Now, they have a historic contract.