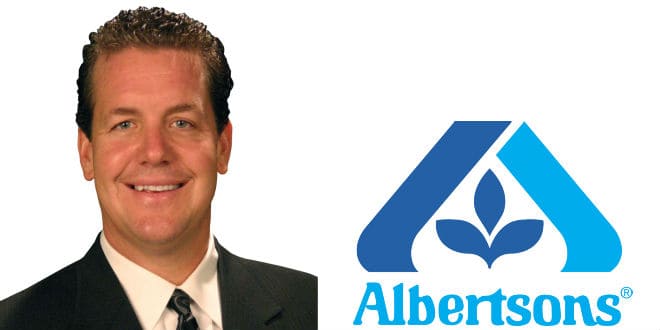 According to Albertsons, under White’s leadership, Own Brands penetration grew from 23.0% in FY2017 to 25.3% in the first quarter of 2019. O Organics and Open Nature represent 23.6% of the total natural and organic sales at Albertsons, a 152-basis point growth from Q1 of FY2018. In 2018, the Own Brands team launched Signature RESERVE, an ultra-premium label that features globally sourced ingredients.

“Geoff is a customer-centric leader that brings a unique combination of creativity and analytics to achieve growth,” said Vivek Sankaran, President and Chief Executive Officer. “I look forward to working with him to transform our merchandising capabilities.”

White began his career with the company as a general clerk at Safeway in Burnaby, BC, in 1981. He eventually became director of Canadian produce operations for 210 stores. He held leadership roles in produce, dairy, frozen, deli/food service, produce, floral, and branded concepts at the Safeway corporate office from 2004 to 2015.

In 2015, White was named senior vice president of marketing and merchandising for the Northern California Division, and in 2017, he was appointed president of the company’s Own Brands team.

White is replacing Shane Sampson who decided to leave the company at the end of its second fiscal quarter on September 7th.

Sampson helped Albertsons turn around operations in addition to building a robust merchandising and marketing function to help support its 2,200 locations.

He launched the e-commerce business in key markets and strengthened it in areas where it had operated since 2002 and accelerated the growth of Albertsons’ Own Brands business by envisioning a faster, smarter way to connect with customer needs.

“Throughout his years with Albertsons and in the industry, Shane has mentored countless thousands in running great stores. I know that he will do great work in whatever he chooses to take on next,” said Sankaran.