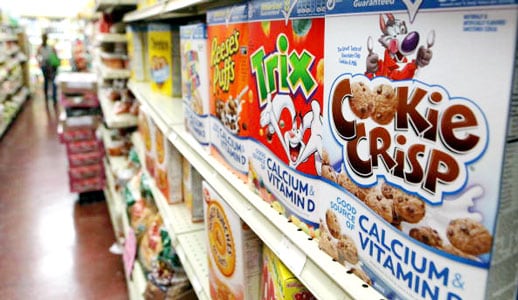 General Mills announced it will remove all of its cereals’ artificial colors and flavors, joining several other companies that responded to consumers’ requests for food made with natural ingredients.

According to information presented Monday, the changes will begin in Trix, Cocoa Puffs, and Reese Puffs starting late 2015.

The company based in Minneapolis, reported that cereals like Lucky Charms, with marshmallows, will take longer to be reformulated.

“Consumers increasingly want their list of ingredients for their cereal to resemble what they take from the pantry,” said Jim Murphy, president of General Mills cereals. “They do not want full-color labels with numbers and ingredients they cannot pronounce”.

That means “Red 40”, “Yellow 6”, “Blue 1”, and other common artificial colorings in some cereals, especially for children, will give way to the colors based on spices, fruit, and vegetable juice concentrates.

Murphy said that more than 60% of General Mills cereals no longer have artificial colors or flavors. By the end of 2016, the company expects 90% of its portfolio of cereals to be free of them.

He said the grain business in the US has been declining in recent years, as consumers move toward protein-rich options such as yogurt.
“I do not think there is any doubt that the elimination of artificial colors and flavors could help the grain market to grow again,” Murphy said.

A number of companies such as Subway, Pizza Hut, Panera, Hershey and Nestle, have said in recent months to withdraw artificial ingredients of some or all of their products.