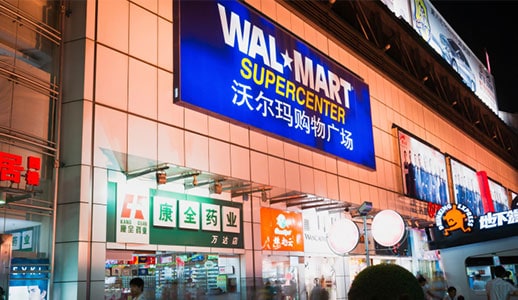 Walmart would have avoided nearly 76 billion dollars in taxes through the creation of subsidiaries in tax havens, according to a report by the Americans for Tax Fairness group.

The study revealed that Walmart has at least 78 subsidiaries and affiliates in 15 territories considered tax havens. The overseas operations have helped the company cut more than 3,500 million dollars of their tax bills in the last six years.

According to information published by Forbes magazine, over 30 of these branches were created after 2009 and none of them is mentioned in the documents filed with the Securities and Exchange Commission of the United States.

The subsidiaries are the owners of at least 25 of the 27 foreign operations and ownership of the 3,500 stores that the company has in Chile, Brazil, Central America, China, Japan, United Kingdom and South Africa seems to be part of the scheme.

According to the report, Walmart created 22 dummy companies in Luxembourg between 2009 and 2015.

Since 2011 Walmart transferred 45,000 million to its 22 subsidiaries in Luxembourg, where it paid less than 1% in taxes.
In addition to Luxembourg, according to the report, the countries where Walmart registered subsidiaries to avoid taxes are Hong Kong (13), British Virgin Islands (12), Mauritius (5), Singapore (4), Switzerland (4) Islands Cayman (4), Panama, Curacao (2), Ireland (1), Barbados (1), Cyprus (1) and Spain (1).

Meanwhile, Randy Hargrove, Walmart spokesman, described the report as incomplete and “designed to confuse”. The company has “processes to comply with the relevant rules of the SEC and the Internal Revenue Service and the tax laws of each country where we operate.”