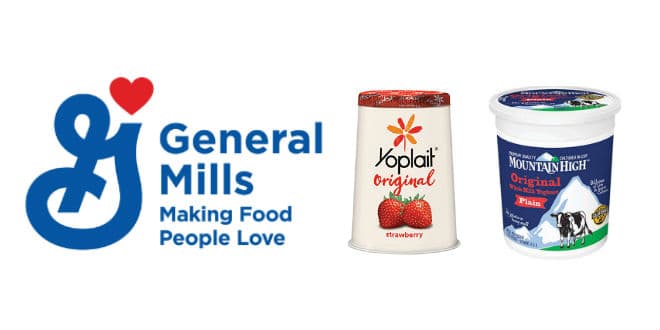 General Mills Inc. announced that it will close its yogurt manufacturing facility in Carson, Calif., as part of a new restructuring program approved earlier last week.

Established in 1979, the Carson facility produces General Mills yogurt products such as Yoplait and Mountain High Yogurt and distributes them to major retail grocery chains, wholesalers, and club stores.

The consumer foods company based in Minnesota, has not said how many employees will be affected by the decision to close the Carson facility but it said it expects to incur about $130 million in expenses, including $25 million in severance costs, as part of the restructuring, which will focus on consolidating production and “optimizing” labor, logistics and manufacturing operations.

The expenses will also include about $105 million in exit and project-related costs, primarily asset write-offs. The company expects the restructuring to be completed by the end of fiscal 2021.

Over the past 12 months, the company’s share value is said to have dropped by 22%.

During an investor conference at the Consumer Analyst Group of New York (CAGNY) that took place on February 19th, General Mills reaffirmed its key financial targets for the fiscal year ending May 26, 2019.  Those targets include:

Related Article: The Company Focuses on Mexican Food and Three Other Categories

According to a press release, General Mills is pursuing its Consumer First strategy and executing against its three key global growth priorities to drive consistent topline growth:

3) Reshaping its portfolio through growth-enhancing acquisitions and divestitures, including the acquisition of Blue Buffalo, the leading brand in the fast-growing wholesome natural pet food category in the U.S.