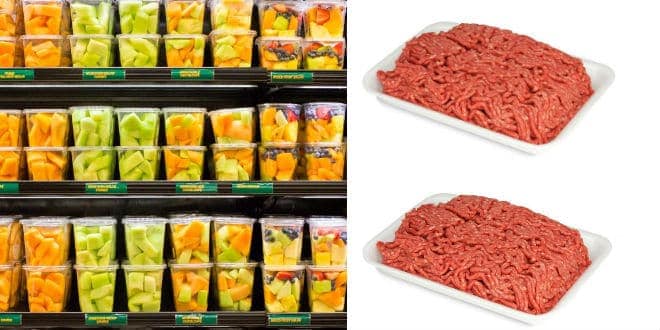 The Centers for Disease Control (CDC), the FDA and USDA issued a food safety alert for two outbreak infections of Salmonella in pre-cut melons and E. coli in ground beef that have sickened a total of 202 people in 15 states.

On April 12, Caito Foods announced the recall of pre-cut melons and other mixed fruit processed at the Caito Foods facilities in Indianapolis, because these products have the potential to be contaminated with Salmonella Carrau.

According to the CDC food safety alert, to date, 93 people have fallen ill in nine states because of Salmonella Carrau infections. Epidemiologic and traceback evidence indicates that pre-cut melons supplied by Caito Foods LLC are the likely source of this outbreak.

Of the total number of people who have fallen ill due to the Salmonella outbreak, 23 were hospitalized, but so far, no deaths have been reported, according to the CDC food safety alert.

A Kentucky woman filed the first lawsuit in the nation in the Salmonella outbreak linked to pre-cut melons produced by Caito Foods, according to a press release from the Lange Law Firm.

The complaint filed in Kentucky federal court alleges that she ate Salmonella tainted pre-cut melon packaged by Caito Foods and sold at Kroger.

Meanwhile, the CDC is also investigating an E. Coli outbreak in six states since March 28. So far, 109 people have fallen ill and 17 have ended up hospitalized, according to a food safety alert.

Health investigators believe that ground beef is the source of this outbreak, but they have not been able to identify a common supplier, distributor, or brand of ground beef.

The E. coli outbreak have been reported in Kentucky, Tennessee, Georgia, Ohio, Virginia and Indiana, according to the food safety alert.

Food safety investigators reported that people who have become ill due to the E. coli outbreak, since March 2, reported having eaten ground beef in their homes or restaurants and the authorities are trying to establish the origin of ground beef.

CDC is not recommending that consumers avoid eating ground beef at this time. Consumers and restaurants should handle ground beef safely and cook it thoroughly to avoid foodborne illness.