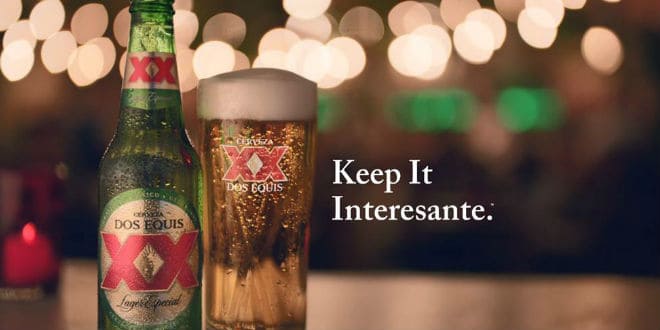 In an exciting evolution of its “Most Interesting Man” campaign, Dos Equis® is out to prove that “interesting” is not limited to just one man; everyone can be interesante. The Keep it Interesante campaign aims to drive home the creative edge the brand is known for, while helping fans bring their irreverent stories to life in a way that makes their stories even more entertaining.

The campaign kicks off in March with TV commercials and will be brought to life across social media, digital activations, retail, OOH (out-of-home media advertising), and at some of the country’s biggest events and cultural moments throughout the summer.

“It’s been happening since the dawn of storytelling: people using a little creative license to keep friends entertained,” said Quinn Kilbury, Senior Brand Director at Dos Equis®. “At Dos Equis®, we’ve been keeping it interesante since the days Cro-Magnons walked the earth. Now, we’re asking Homo sapiens to crank up their interesting by telling a better version of the truth – adding that extra something to take their stories from dull to dazzling, whether it’s in an Instagram post or a tale told over an ice-cold Dos with friends.”

Keep it Interesante launches at an opportune time for Mexican Imports and Dos Equis®. Mexican Imports continue to show strong growth in all channels, Dos Equis® delivers 16% greater dollar lift than total beer category when on display, and Dos Equis® shoppers are more affluent with 20% higher income versus the average beer shopper.

Wherever there are good times, the only beer that takes boring stories and turns them into Interesante ones is Dos Equis®. With the objective of driving Dos Equis® volume, increasing share of cans during summer outdoor occasions, and recruiting new drinkers, retailers will see an unprecedented level of support for the new campaign to boost sales and profits.