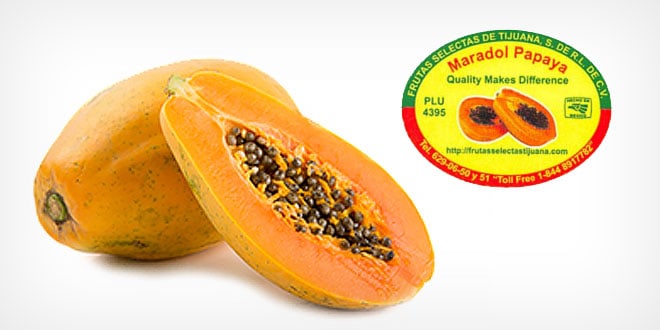 Federal health authorities are investigating a new deadly Salmonella outbreak linked to the consumption of Maradol papayas imported from Mexico. This time the infection killed one person and sickened three others in California and another 10 got sick in Arizona and Colorado.

According to the Centers for Disease Control (CDC), there are already four outbreaks of Salmonella linked to the consumption of Maradol papayas imported from Mexico. So far, Salmonella infections have killed two people and sickened more than 200 people in 25 states.

A total of 215 people infected with the outbreak strains of Salmonella Thompson (131), Salmonella Kiambu (57), Salmonella Anatum (14), Salmonella Agona (8), or Salmonella Gaminara (5) have been reported from 26 states, according to the CDC.

Of the total number of people infected with Salmonella due to papaya consumption, 69 have been hospitalized. One death was reported in New York City and another in California.

All consignees who were given the product have been notified (via telephone and email) to remove and destroy the papayas that are on store shelves and other commercial places. Supervision for withdrawal effectiveness are already underway by FDA.

Consumers in California, Arizona and Colorado, who may have bought papayas from Productores y Exportadores de Carica Papaya de Tecoman y Costa Alegre S.P.R. de R.L and with the packing label of Frutas Selectas de Tijuana, S. de R.L. of C.V. are advised not to consume and get rid of the produce. For more questions, you may contact Bravo Produce Inc. 01 (844) 891-7782. Calls will be received Monday through Saturday from 7:00 am to 2 pm.