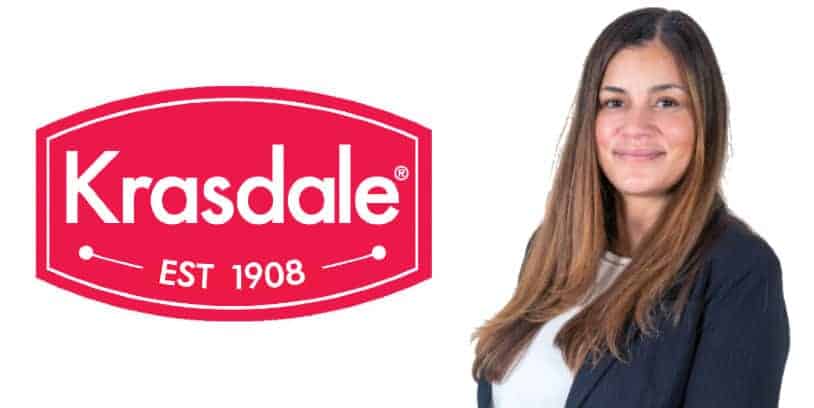 Cynthia Ramos claims that she did not choose her profession in sales but that this career chose her. And her exceptional qualities in this field have allowed her to advance rapidly in the food industry. Earlier this year, she took an important career step by being named Chief Sales Officer of Krasdale Foods. This grocery wholesaler supplies more than 12,000 products to at least 2,500 independent stores in the country’s northeast.

Ramos gave an interview to Abasto Magazine. She gave details about her life, her Hispanic roots, and her path to success as a Latina professional in the food industry.

It all started about 20 years ago selling cookies. Ramos said the first time she put her sales skills to the test was when she joined Archway Mothers Cookies. She joined as an administrative assistant but then moved up to the position of sales coordinator.

Ramos had the opportunity to sell cookies in a predominantly Hispanic area where other salespeople didn’t like to go. “They figured I was going to make little, about $250,000 in sales, but after six months I came back with $1 million and when they asked me how I did it, I said, I speak the language, and I know the neighborhood, these are my people,” Ramos said.

She was born in New York, and her parents are Puerto Rican. Thanks to her grandmother, who moved into her home since she was 11 years old, she practiced Spanish. To this day, she maintains her Hispanic culture proud because it has helped her in her professional life to open many doors.

After seven years with Archway, Ramos saw an opportunity to advance her career when in 2007, Iberia Foods was looking for a sales manager. “Being Hispanic and bilingual, knowing the culture and neighborhoods is what really helped propel me into sales after leaving Archway,” Ramos said.

Ramos continued to explore new opportunities at major companies in the food and beverage industry in the fast-paced sales world, such as Falcon International Distributors and Borden Dairy. She had significant sales responsibilities managing several regions. Still, She decided to leave Borden Dairy when it became clear that, even though she was doing the job of a vice president of sales, she would not be recognized by being named to that position.

According to Ramos, combining all the experiences, she gained working for those companies prepared her to get to where she is now. In 2016, she began working at Krasdale, where she found a place with growth opportunities and value both ethnic and gender diversity.

“Krasdale allowed me to work with them, to shine in what I do, with my capabilities and what I can do,” Ramos explained. She came in intending to earn the position of vice president of sales but didn’t think that she would be named the company’s director of sales at least in such a short time.

“I am honored and proud that they have put their faith and believe in me, and I only hope to meet and live up to the expectations they have placed in me,” Ramos said.

Krasdale’s Chief Sales Officer explained that her formula for success is largely on her Hispanic background. Still, she also considers other attributes such as being versatile; learning the workings of the place where she works; not being afraid to do things differently than what she knows; “or having to roll up her sleeves and get her hands dirty no matter what kind of work needs to be done.”

For other Hispanic women making their way in the food industry, Cynthia Ramos’s message is: “Accept who you are, don’t accept people pigeonholing you into what they think you should be or how you should behave. Be proud of who you are; use your Hispanic heritage, culture, and language to your advantage. But also learn to use your other attributes to show others how smart you are and why you deserve a chance.”

Adding Hispanic flavor to her message, Ramos defined it this way: “I know how to make great rice and beans, but I also make phenomenal pizza! We need to diversify. That’s key.”