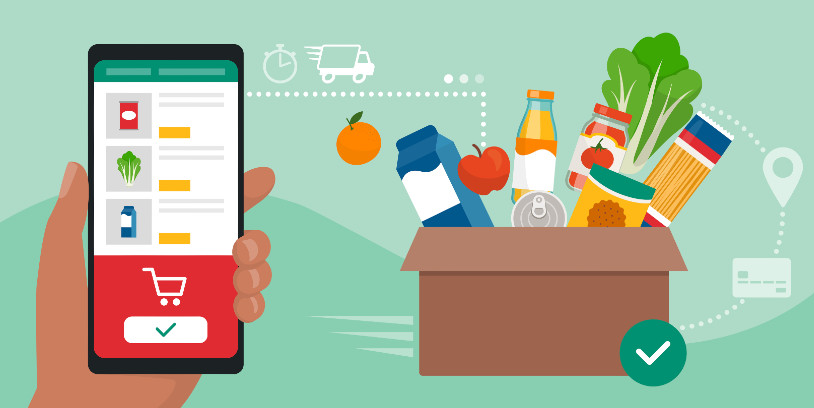 The U.S. online grocery market finished November with $7.7 billion in total sales, down 10% compared to a year ago but only 2% lower than the $7.8 billion reported for the two prior months, according to the monthly Brick Meets Click/Mercatus Grocery Shopping Survey fielded November 29-30, 2022.

The year-over-year decline in total sales was driven by fewer households buying groceries online, combined with lower order frequency and constrained spending per order among monthly active users (MAUs). Delivery was the only method to maintain sales versus a year ago, and the downward pressures were more present in Grocery formats than in Mass.

The total number of households that ordered groceries online using any of the three receiving methods, Delivery, Pickup, or Ship-to-Home, contracted by 7% in November versus last year.

The decline was driven by a dramatic drop in the 60-and-older age group and a significant slide among the core customer segment of 30–44-year-olds. Compared to the prior year, the Grocery MAU base contracted by 5% while the Mass base expanded by 6% as cost considerations grow in importance and customers seek to avoid unnecessary spending.

The cost was cited as the top factor in the choice of where to shop online by 42% of Delivery and/or Pickup MAUs in November, up from 37% in August 2020 when this question was first fielded.

This increased focus on cost may influence where and how Grocery’s customers receive online orders and motivate some of them to shift trips to Mass – especially those who already shop online with both formats. In November, the cross-shopping rate between Grocery and Mass, which measures the share of Grocery MAUs who also shopped online for groceries with Mass during the same period, grew six percentage points versus a year ago to 30%.

“When it comes to shopping online – especially for Delivery or Pickup – cost considerations include more than the price paid for a basket of products,” said David Bishop, partner at Brick Meets Click. “Many customers also evaluate the cost associated with using the service, including special charges, standard fees, and tips. And, when comparing the total of these costs to the customer, there’s a sizable gap in favor of Mass versus Grocery.”

In addition to November’s smaller base of active households, overall order frequency rates, defined as the number of orders received by MAUs during the period, declined just under 4% versus the prior year. This aggregate decline resulted from contracting demand in the Ship-to-Home segment offset by Pickup being flat and Delivery growing in the low single digits.

For November, total grocery spending softened, declining 5% versus last year. Since online sales decreased at twice that rate, online’s share of total grocery sales contracted by over three points to finish at 10.1% in November. Excluding the Ship-to-Home segment (since most conventional supermarkets do not offer it), Pickup and Delivery’s combined contribution was 8.5% for the month.

“Given that many shoppers are becoming more cost-conscious, grocers should consider offering a tiered fee structure based on when a customer wants to receive their order and reduce some of the additional costs customers face when shopping online,” stated Sylvain Perrier, president and CEO at Mercatus. “We know that if offered the choice between shorter cycle times and lower fees, a significant share of online customers will select a time later that day or even the next day to save at least a couple of dollars.”