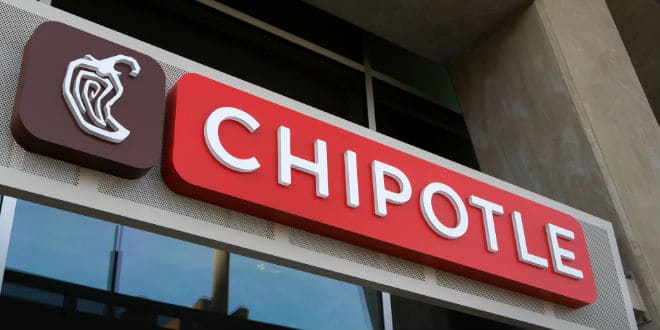 The Massachusetts State Attorney Office fined Chipotle Mexican Grill Inc. $1.37 million for an estimated 13,253 child labor violations and other state wage and hour law violations at its more than 50 restaurants in the state.

The AG’s Office issued four citations against Chipotle for violating the child labor and earned sick time laws, failing to make timely payment of wages, and records violations, according to a press release.

“Chipotle is a major national restaurant chain that employs thousands of young people across the country, and it has a duty to ensure minors are safe working in its restaurants,” said Attorney General Maura Healey. “We hope these citations send a message to other fast-food chains and restaurants that they cannot violate our child labor laws and put young people at risk.”

As part of the settlement, Chipotle also voluntarily agreed to pay $500,000 towards a fund to be administered by the AG’s Office to benefit young people through education programs about child labor and enforcement of the laws, as well as training and workforce development for young workers.

The AG’s Office began investigating Chipotle after receiving a complaint from a minor employee’s parent in 2016, alleging that the juvenile had worked well past midnight at a Chipotle location in Beverly.

A review of Chipotle’s records revealed that minors routinely worked in violation of the child labor laws. Audits conducted by the AG’s Office and Chipotle of several Massachusetts Chipotle locations between 2015 and 2019 identified child labor violations such as minors working without valid work permits, too late into the evening, and too many hours per day and week.

The investigation found that Chipotle had regularly employed minors without work permits, permitted dozens of 16- and 17-year old employees to work later than the law allows, and allowed minors to work beyond the 9-hour daily limit and 48-hour weekly limit.

The investigation also revealed that Chipotle did not correctly notify employees of their rights under the earned sick time law, failed to provide the AG’s Office with complete timekeeping records upon request, and in some locations, failed to pay workers within six days of the end of a pay period.

Chipotle accepted the civil citations as part of the settlement agreement, has come into compliance with Massachusetts child labor laws, and cooperated with the AG’s investigation.