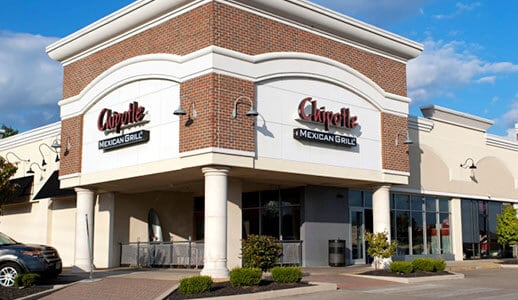 After becoming a stellar fast food chain, attracting new consumers with the promise of high quality Mexican cuisine that is prepared with natural and healthy products, Chipotle is facing its hardest times due to recent E. coli outbtreaks.

The Centers for Disease Control and Prevention (CDC) reported that they are investigating news of this bacteria in Kansas, North Dakota and Oklahoma, where at least five people became ill after eating at chain restaurants.

According to health authorities, all persons affected ate at Chipotle between November 18 and November 26 and are sick with a different strain of the bacteria that infected Chipotle customers in other states.

In November, more than 50 local restaurants in Illinois, Maryland, Pennsylvania, California, Washington, Ohio, Oregon, New York and Minnesota closed due to an outbreak of E. coli, affecting some 60 people.

In early December, an outbreak of norovirus in the same chain sickened 120 students in Boston.

The Chipotle case has challenged food security in companies throughout the country.

Chris Arnold, Chipotle communications director, said the company has taken all steps to control and prevent the presence of E. coli.

E. coli is a common bacteria that lives in the intestines of animals and people. There are many strains and most are not harmful, although there is a dangerous strain called E. coli O157: H7, which produces a powerful poison.

Some people, especially children under 5 and the elderly, may be seriously ill with E. coli O157: H7. The infection affects the red blood cells and kidney. Although it only occurs in about 1 in every 50 people, it is very serious and can cause death.

The CDC indicates that each year there are 48 million cases of illness due to consumption of contaminated food, 265,000 of which are due to E. coli.