Home » News » Anthony Peña: The Arrival of the Next Generation of Hispanic Supermarket Owners 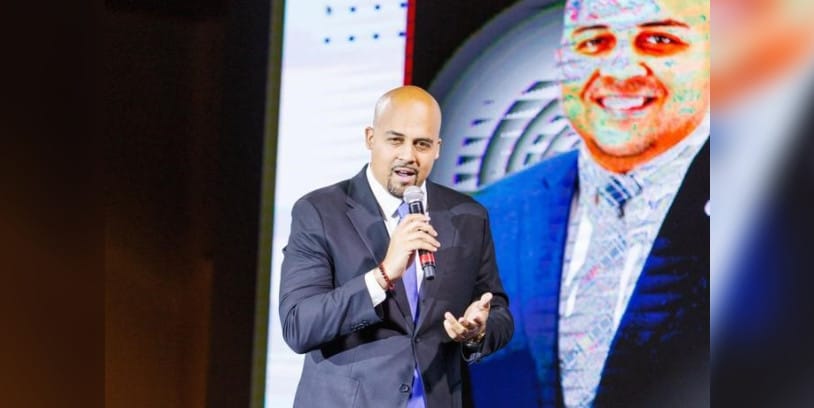 For the past year, Anthony Peña has dedicated all his time to managing the seven Save A Lot supermarkets he purchased in Massachusetts and Rhode Island. It’s a dream come true he achieved through hard work and the lessons he has learned as a young Hispanic entrepreneur in the supermarket industry.

Peña, 36, says his passion for the grocery business is in his blood. When his parents emigrated from the Dominican Republic to the United States, they opened a store where he would play as a child. Growing up, during his free time after school and on vacations, Peña helped his father in the business. Since then, he was confident that he would follow in his father’s footsteps to become the owner of not one but several supermarkets.

Peña said he graduated with a finance and business administration degree to please his mother. “But I knew that working in the supermarkets was going to generate profits for me, and I remember that my mom and dad always told me: how are you going to control your future and your destiny if it is not in your hands? That’s why I always saw that my dad had that freedom, and I liked that”.

In this professional growth process, Peña learned that sometimes it is not easy to bring new ideas to the business when a work method based on experience has already been imposed. The new generations want to innovate and practice what they learn in universities. Still, their parents, who have built their businesses through hard work, and gaining experience over a lifetime, are reluctant to change.

On his mission to build knowledge and learn more about the industry, Peña joined the National Supermarkets Association, based in New York. He met many Hispanic supermarket owners and their children, the new generations who, like him, now work in their family businesses, offering innovative approaches to run more efficient stores in a competitive marketplace.

But after experiencing failure and being forced to close a grocery store, the Hispanic entrepreneur paused to reflect and look for ways to grow and secure a better future.

“The lesson I learned is to listen to my instincts, listen to my mentor’s advice, and believe in yourself. I thought I knew it all and I really didn’t,” said Peña.

And two years ago, he was presented with an opportunity to grow. The Save A Lot Corporation offered him four supermarkets in the Massachusetts area with great potential, even though the stores were in poor condition.

With the support of his parents, NSA mentors, and other family members, Peña purchased the stores and bought three more in Rhode Island last November. They are now in a process that Peña describes as “giving them the human touch,” giving more attention to employees, improving service to customers, most of whom are Hispanic and are set to begin the process of remodeling the stores.

Anthony Peña knows he is already on the road to success. He is willing to work tirelessly and has the backing of his family and the NSA, a well-known grocers’ association.

His main goal is to uphold the name of his Hispanic community, exalt its values, and offer a legacy for future generations. Success always comes when you are willing to prepare yourself, trust your instincts and listen to good advice.