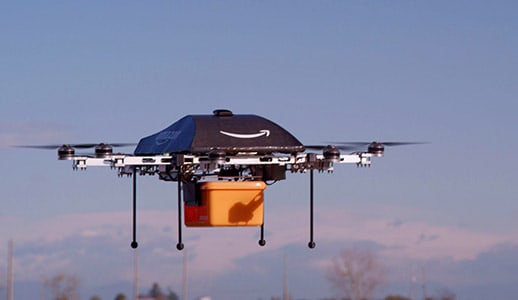 The US online trading multinational Amazon has received a green light to start with experimental flights for delivering packages through the use of drones.

The Federal Aviation Administration (FAA) gave Amazon permission to use autonomous flying vehicles in logistics tasks, a plan the company announced in July last year under the name Prime Air, which hopes to deliver packages in less than 30 minutes, even in rural or difficult to access areas.

With the release, this delivery model reaches a dozen postal areas of Miami, in south Florida, after debuting in New York and Baltimore.

The FAA authorized testing in the “real world” of these devices in open spaces, “below 122 meters and only during the day.”

According to the authorization of the FAA, the person who remotely controls the small aircraft must have a private pilot certificate, must not lose sight of the aircraft during flight and weather conditions should allow its observation.

Amazon also has to provide a monthly report with information on the activity of these drones, detailing number of flights, flight hours, glitches, possible deviations from the instructions of air traffic controllers and any involuntary loss of communication.

Amazon Prime Air is not expected to be used in the future for all shipments, but the company believes it could be a valid alternative for certain cases, such as sending packages to inaccessible areas.

The prototype’s weight capacity that Amazon tested with this type of distribution is 5 pounds and, according to the company, 86% of items that the company currently ships have a lower weight.

The aircraft, with eight propellers that allows it to accurately maneuver in the air, has a range of 10 miles.