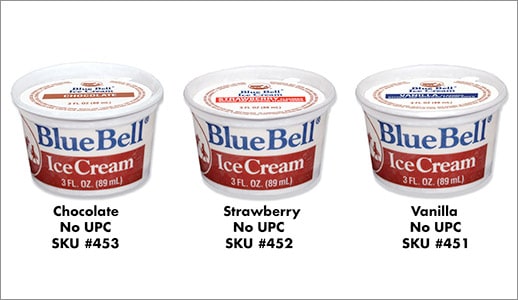 The company said they recalled the 85 grams (3 ounces) containers of chocolate ice cream, strawberry and vanilla because, according to the Food and Drug Administration (FDA), may be contaminated with the bacteria, causing frequently fatal infections in children, the elderly and people with weakened immune systems.

Two weeks ago a Blue Bell factory in Brenham, Texas, recalled several products in the same line after detecting the presence of listeria. Five people suffered infection in Kansas after consuming Blue Bell products, of which three died.

According to the FDA, the five people were in the hospital for treatment of other diseases and apparently contracted the bacteria after eating the Blue Bell brand ice cream within the medical center.

“We are devastated and know that Blue Bell needs to be and can be better than this,” stated Paul Kruse, CEO and president of Blue Bell. “The quality and safety have always been our top priorities. We are deeply saddened and concerned by all those who have been affected.”

Listeriosis is a serious infection caused by eating food contaminated with listeria, primarily affects the elderly, pregnant women, and people with weakened immune systems, according to the Centers for Disease Control (CDC).

Symptoms of listeria infection include fever and muscle aches, sometimes associated with diarrhea or other gastrointestinal symptoms, according to the CDC.

The organic food company Amy’s Kitchen voluntarily recalled about 74,000 boxes of frozen and pre-packaged products containing spinach. The recall comes after one of the suppliers of Amy issued a notice that said the company could have received contaminated spinach causing bacteria listeria.