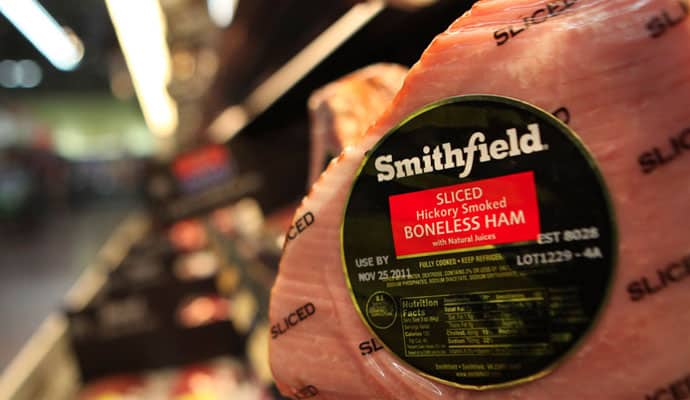 Smithfield Foods Inc. stated their fourth-quarter profit rose as a result of strong demand for pork and other packaged meat products.

Their fourth quarter earnings ended December 28, soared 340% to reach 152.6 million dollars, compared with 34.7 million in the fourth quarter of 2013.

The pork processor and producer has been spending more on their packaged food business, where products have higher margins than raw pork meat sales to supermarkets or restaurants.

“Our record results show the evolution of the Smithfield company to a meat packaged brand,” said C. Larry Pope, president and CEO in a statement.

The company, based in Smithfield, was acquired in 2013 by the Chinese group WH Group Ltd. for $7.1 billion, including the debt.

Since the acquisition, Smithfield has lowered its debt to $ 856 million, which reduced its interest expenses by 12% last year.

Regarding the restructuring Pope indicated that this plan would not translate into plant closures or reduced workforce.

Looking ahead, the Pope said: “We are focused strongly on growth and we believe Smithfield is ideally positioned to continue to achieve good results in 2015.”