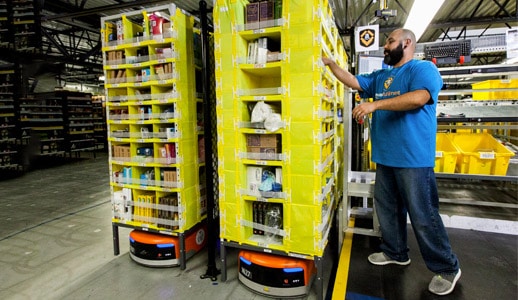 Amazon announced it will hire 6,000 full time workers in the United States responding to an increased demand in their delivery services.

According to the giant US distributor, recruitment will be for its more than its 50 distribution centers in the US, including its warehouse in Breinigsville.

Amazon, which employed just over 154,000 people in late December, said that these 6,000 hirings are job creations.

Amazon currently has about 50,000 full-time workers in the centers.

Amazon has been opening distribution centers throughout the country to speed up delivery. Their $99 annual membership “Prime” service includes free two-day delivery on many items.

The Seattle-based company has been expanding the range of its “Prime” program to grow its membership with services such as grocery delivery, one hour delivery  in some cities, video playback and creating a Bluetooth speaker called Echo that is synchronized with “Prime” music.

“We are proud to be the creation of more than 6,000 full-time jobs where employees interact with the latest technology as part of their daily functions,” said Mike Roth, vice president of operations for North America Amazon.