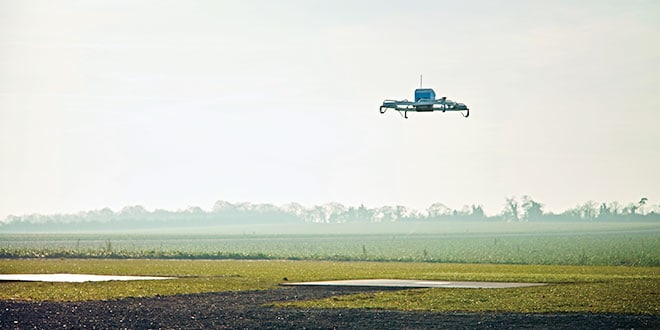 Amazon is already starting to fly with its plan to start delivering products with the help of drones.

The e-commerce giant completed its first delivery by drones in the United States. The shipment was made during a private event held in California.

The company did not disclose the distance traveled, time and more information of the flight, but the delivery was made in the same place where the event was organized by the MARS division (Machine Learning, Automation, Robotics and Space Exploration) from Amazon.

This is the first time that they performs a delivery with outdoor drones in public and in the United States. It is not the first in the region because Amazon operates flights in the US but on private property.

Gur Kimchi, vice president of Amazon Prime Air, said that this flight brings them closer to their objective of delivering by drone within 30 minutes and that the flight was done by the Federal Aviation Administration (FAA).

The flight is not the first in the company’s history. In December, the company announced the delivery of a package in the UK via a drone who made a 13-minute journey to deliver the package.

Amazon’s public plans and delivery of drone’s date back to 2014 and even a little earlier. Since then, the company has tested and challenged regulators in the United States to allow delivery of packages with drones.