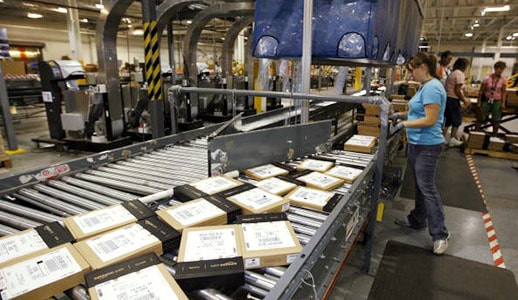 Despite expansion plans and new services launched, Amazon closed 2014 with a net loss of $241 million, although surprised analysts with earnings of 214 million in the fourth quarter.

In the last three months of 2014, the US giant online sales increased 15% to settle at 29,300 million dollars, which led the company from two red quarters to a green one. The annual report, however, was negative.

Sales were slightly below analysts’ expectations both in the fourth quarter (when sales of 29,670 million were expected), and the yearly total when they recorded sales at 88,990 million against 89,300 million expected. The figure, however, represents a sales increase of 20% in 2014.

Amazon had pinned their hopes on Christmas last year, since in 2013 the era of increased sales for the company resulted in many incidents and problems in package delivery, which in many cases reached their target days after expected, past Christmas.

The company said its paid subscriptions, a leading strategic business of the company, increased 53% worldwide in 2014. “Last year when we raised the Prime subscriptions price, we were confident that our customers would continue thinking it was the best bargain in the history of commerce. With data in hand, tens of millions of customers proved us right,” said President of Amazon, Jeff Bezos, showing results.

Amazon, which started as an online bookstore, expanded its business throughout the years with various products ranging from television series to electronics.

On Wednesday, the company launched its own email service and digital calendar for businesses, Workmail, a product designed to compete head with Microsoft and Google in company emails.