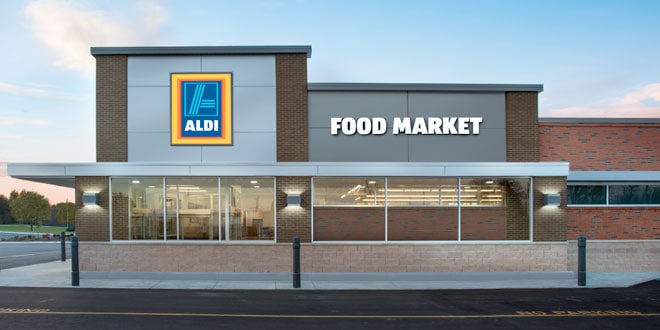 Aldi, the German grocery chain, would invest $3.4 billion expanding the number of their stores in the U.S. to 2,500 by 2022. It will become the third largest grocery store by count in the country and serve 100 million customers per month.

In a turbulent retail environment, Aldi is bucking the trend plaguing many retailers by accelerating its growth of new stores with a total capital investment of $5 billion in new and remodeled stores over the next five years.

“We pioneered a grocery model built around value, convenience, quality and selection and now ALDI is one of America’s favorite and fastest growing retailers,” said Jason Hart, CEO.

The low-cost grocery chain announcement means more competition for traditional grocers like Walmart and organics-focused chains like Whole Foods. This is just days before their German rival Lidl open its first nine stores in the U.S. on Thursday, June 15. Lidl plans to open 200 stores in the coming years.

Hart said the chain intended to have prices at least 21 percent lower than rivals.

“We’re growing at a time when other retailers are struggling. We are giving our customers what they want, which is more organic produce, antibiotic-free meats and fresh healthier options across the store, all at unmatched prices up to 50 percent lower than traditional grocery stores,” said Hart.

Aldi says it aims to give customers organic produce and meat raised without antibiotics. Also, they plan to increase its offering of fresh and sustainable seafood, specialty wines and cheeses, organic items from its SimplyNature line, and Little Journey baby products.

Aldi’s stores are smaller than traditional supermarkets at about 12,000-square-foot space. That’s only big enough for about five aisles and about 90% of the items in those aisles are house brands.