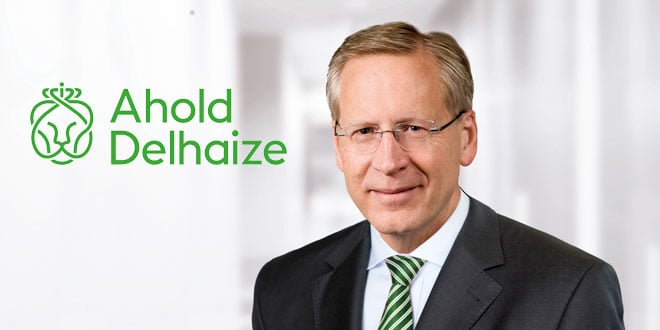 Kevin Holt will be the Chief Executive Officer of Ahold Delhaize USA, the new parent company for all of Ahold Delhaize’s U.S. companies, including its local brands, Stop & Shop, Food Lion, Giant, Hannaford, Giant/Martin’s, and Peapod, as well as Retail Business Services (RBS), a U.S. shared services company providing support to the brands.

Holt is currently Chief Operating Officer of Ahold USA. In this new role, he will remain a member of Ahold Delhaize’s Management Board and Executive Committee and will continue to report to Dick Boer, CEO Ahold Delhaize.

Dick Boer, CEO Ahold Delhaize, said, “combining the parent companies of the U.S. brands and RBS is the natural next step in our brand-centric strategy in the U.S.  Kevin is an outstanding leader with extensive food retail experience and a great choice to guide our U.S. businesses through this time of continuing change and evolving customer expectations.”

Holt joined Delhaize Group in 2014 as CEO Delhaize America and transitioned to Chief Operating Officer of Ahold USA in 2017. Prior to joining Ahold Delhaize, he served in executive leadership roles at SUPERVALU and Meijer.

“I’m excited that we are moving into this next phase where we can focus on further strengthening our brands and winning in our markets,” said Holt. “Ahold Delhaize USA and its U.S. brands are well positioned to continue to drive growth and innovation and meet the evolving needs of customers, both in stores and online.”

The parent company of Food Lion and Hannaford supermarkets has announced the layoffs of “a small percentage” of its corporate headquarters staff in light of Delhaize America’s merger with, according to company spokeswoman Christy Phillips-Brown.

The spokeswoman told The Salisbury Post newspaper in North Carolina that she doesn’t know how many people were laid off because some of the employees chose to leave the company even though they were offered other jobs.

She said employment at Ahold Delhaize’s corporate headquarters, located in 2110 Executive Drive in Salisbury, has remained at about 1,800 people.